On August 12, Democratic Senators Dick Durbin (Ill.), Richard Blumenthal (Conn.), and Ed Markey (Mass.) sent letters to dozens of edtech companies and data collection firms voicing the concerns over the amount of student data that is being collected, and how it is being used.

One stock letter was sent to a wide range of edtech vendors, developers, and service providers.

The senators cite an FBI public service announcement issued last year and the hack of Slate, the college admissions database, as major sources of concern.

They write, “These stories and warnings are occurring with alarming frequency. Beyond serious safety and security risks, students have little control over how their data is being collected and used. Students and parents are often unaware of the amount and type of data being collected about them and who may have access to it.”

The senators then pose a list of questions to the edtech companies, involving topics like how data is collected, how it is used, and what would happen to it in the event of bankruptcy, a merger, or other situations.

The recipients of this letter ranged widely in size and scope, from usual suspects like Google and Facebook to major incumbent publishers like Pearson, McGraw-Hill, MacMillan, Wiley, and Cengage. They also included LMS developers like Instructure, Blackboard, Moodle, Sakai, and D2L, along with numerous smaller developers like ScootPad, Flocabulary, and CCKF, the Dublin-based makers of Realizeit. It is unclear how this list of recipients was decided.

A few notable arrows might have missed their mark. For example, while Facebook is used widely in K-20 learning, the Chan Zuckerberg Initiative (CZI), the philanthropic LLC launched by Facebook CEO Mark Zuckerberg and his wife Priscilla Chan has dedicated a huge amount of resources towards developing personalized learning, a pedagogy that requires huge amounts of data collection. One of their largest edtech beneficiaries, Summit Learning (which is offered to schools for free), has come under fire for its data collection and sharing policies.

Also, while organizations like College Board and ACT were named, Education Testing Services (ETS), which produces the SAT and numerous other standardized tests, did not receive a letter.

The senators ask many similar questions of these data collection companies as the edtech vendors. Answers to both lists of questions are expected by September 3, 2019.

To conclude the second letter, the senators write, “We urge you to make a clear commitment to transparency for the children and young adults who use your products. We encourage you to adopt a comprehensive data privacy policy that ensures your company is directly obtaining informed consent from parents and students, and allows parents and students to fully delete any data retained by your company.”

Full copies of the letters can be found on Senator Durbin’s site. 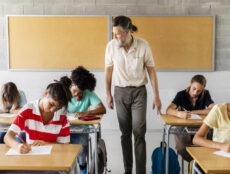 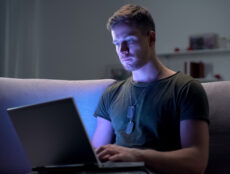