Disclaimer: McGraw-Hill Education has since announced it will merge with Cengage. The reporting for this article occurred before the announcement was made.

The topic of online program managers (OPMs) serving universities has recently become a huge area of focus in edtech. Universities and colleges bringing their courses online need to decide whether to partner with a third party or take care of the heavy lifting themselves. That choice, however, is not confined to online courses or higher education. Incumbents across the education industry now face a consumer base that demands an online presence in one form or another. Deciding whether one should make a huge investment to bring one’s core products online or hire another entity to do it is not an easy choice. And there is potentially no better case to highlight this push and pull than that of McGraw-Hill and BenchPrep.

McGraw-Hill Education, a company that traces its origins back to 1888, grew to be one of the world’s largest textbook publishers in the 20th century, was facing a watershed moment in 2012. At the time, elementary and high school textbook sales were down, in part, due to reduced state education funding following the Great Recession. At the same time, it was clear to textbook publishers across the board that they needed to establish a digital presence as more and more education was going online.

In 2013, McGraw-Hill Education was divested from McGraw-Hill Financial and sold to Apollo Global Management for $2.4 billion. David Levin was named CEO and he quickly went about aggressively developing McGraw-Hill Education from a textbook publisher to a learning science provider with a robust online presence. Levin expanded McGraw-Hill’s dev team from a staff of 90 to over 500.

But even so, McGraw-Hill remained a massive education company with four primary divisions: K-12, Higher Ed, Professional, and International.

While K-12 and Higher Ed have built a huge amount of online capacity, Professional, McGraw-Hill’s direct-to-consumer side, has not tapped internal developers to build out their digital offerings. The reason, in part, is that while digital test prep has become an important offering for students, print titles are still selling.

“Phones and online stuff have a really important role in test prep and [that supplements] what we do in [print] books,” O’Sullivan said. “But as stand alone review, not so much. Free content online—that was our biggest hurdle for quite some time. Everyone was saying five or ten years ago, ‘Every kid has a phone now, you have to get on the apps. Every kid takes the SAT and every kid has a phone. Every kid is going to be studying 24/7 for the SAT on their phone! Get on that. Monetize that.’ In real life, that has proven to be not the case.”

So while internal McGraw-Hill developers have focused on Higher Ed and K-12, O’Sullivan has contracted with BenchPrep to fill in the gaps.

“We are on a mission to help education and training companies make more revenue,” said BenchPrep CEO Ashish Rangnekar. “We do that by enabling them to transform their learning product portfolio and deliver learning programs that fit the needs of today’s learners. We help them create and deliver what we consider best-in-class online and mobile learning programs that leverage their existing content assets and enable them to generate more high-margin revenue.”

Besides McGraw-Hill, BenchPrep also counts ACT, the HR Certification Institute, and the American Association of Medical Colleges (AAMC), as clients, among others.

“What we saw was all of these organizations were truly subject matter experts when it came to content in their respective domains,” Rangnekar said. “You look at McGraw-Hill, they’ve been around for more than 100 years.

“We felt that they were struggling to really engage today’s modern learner. Today’s learner is very different. For one, they are untethered. They’re on the move all the time. They are distracted. They get too many text messages, Slack messages, emails. They are impatient, they can’t watch a video for any longer than 10 minutes, and so on.

“You can’t engage this learner by giving them more content in the same modality.

“So these organizations are sitting in a strange spot. They have a very strong brand, they have phenomenal content assets, they have an almost captive audience, but they don’t have the right product to offer them. That’s where we come in. We enable them to go through this transition and transform their learning business.”

To do that BenchPrep, offers their white label platform, digital tools, and managed services, such as digital-first instructional design. BenchPrep helped O’Sullivan to create an online home for the test prep materials he was offering without taking away from their existing print business and without cutting into the company’s existing development productivity.

“When we first partnered with McGraw-Hill, their professional division was at an interesting cross-roads because their print business was doing fine,” Rangnekar said. “Maybe it wasn’t growing so fast, but it wasn’t going away. They also realized that 1) they are not providing the right product to their customers (and they needed a digital product) and 2) they needed to make sure that they had a good transition plan. So it wasn’t ‘shut down print, and then all go digital.’

“That’s where we came in to add to their capacity. We don’t interact at all with their internal platform. Maybe there’s an argument to be made that we should. But there was such a greater need on the professional side. They didn’t have a platform. They had not made investments and they were leaving money on the table. They needed an out-of-the-box solution that would help them get to market quickly.”

McGraw-Hill is one of the largest edtech companies in the world. But the conversations behind the hybrid decision they made to split their digital future between an internal team and an outsourced third-party are happening at companies and organizations of various sizes across the industry.

“I see that we’re living in a very complex world where consumers are driving a lot of decisions,” Rangnekar said. “When that decision-making process is democratized, then we expect and want more and more. It’s increasingly difficult for organizations to provide them with everything created internally. It’s not specific to education. We see in every industry there is a renewed interest in focusing on core competency and then figuring out ways to complement those by partnering, outsourcing, using a vendor, or a variety of things.

“A good example is everything moving to the cloud—AWS, IBM, Google Cloud, Microsoft Azure. A lot of technology companies have realized they don’t want to be in the technology infrastructure business, so they just use a vendor. It’s no different from what’s happening in education. Education is one of those [sectors] where the traditional companies are so far away from technology capabilities, but it also has become a necessity to transform fast enough. A big way to do that would be to partner with companies like BenchPrep.

“Having said that, I do believe that, if you are a large company and you truly believe that digital is your future and you’re willing to invest in transforming the core-competency to go digital, you should do it. I believe that McGraw-Hill has done a really good job of that. It’s still transforming. But if you’re a billion-dollar company and you’re willing to invest $300 million over three years to do this, that’s the kind of commitment that is required. If you’re not ready to make that commitment, you should work with a company like BenchPrep, and there are many. It’s their job to stay at the forefront of what consumers want and deliver in them in the best possible way.” 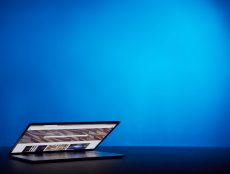 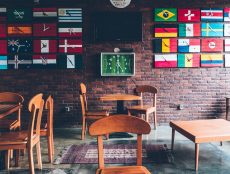 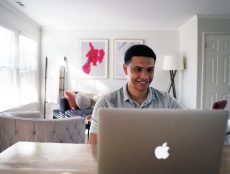 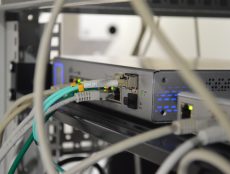