In an otherwise erratic administration, Education Secretary Betsy DeVos’ department is, at the very least, consistent. Major initiatives in recent weeks and months can be summed up as two concerted efforts.

The first seeks to get damaged school districts back on their feet. On Monday, DeVos released the application for state education agencies to receive federal funds to help rebuild following destructive natural disasters. Authorized by the 2018 Bipartisan Budget Act, the initiative has been dubbed the Immediate Aid to Restart School Operations (Restart) program. For Restart, the Department of Education (DoE) has allocated $2.7 billion in federal funds for K-12 and institutions of higher education to get students back to school in the wake of Hurricanes Harvey, Irma, Maria, along with the recent California Wildfires.

“The long road to recovery continues, but these funds should provide vital support to schools and institutions to help them return to their full capabilities as quickly and effectively as possible,” DeVos said in a statement. “I continue to be inspired every day by the dedication shown by educators, administrators and local leaders to getting students’ lives back to normal.”

“This Administration’s support of the Congressional action to eliminate over $300 million in Hurricane Katrina loans taken out by four HBCUs was the right thing to do and was a big deal,” said Johnny C. Taylor Jr., Chairman of the President’s Board of Advisors on Historically Black Colleges and Universities.

Secretary DeVos has tempered this relief with an effort to dismantle Obama-era regulations against for-profit colleges and gut initiatives that allow loan forgiveness to defrauded students.

Last week, the Associated Press reported that the DoE has begun to roll out their plan to forgive just half the federal loans of learners of certain predatory institutions. Reporters quote Sarah Dieffenbacher, who attended Everest College, an arm of the now-defunct Corinthian Colleges. Dieffenbacher borrowed a total of $67,000 to attend Everest’s paralegal program. Upon graduation, she found she did not have the requisite skills to land a job in the field and had to look elsewhere for employment. She now works in healthcare.

Earlier this year, she received a letter saying that the DoE will only compensate half her federal loans.

In December, the DoE announced that it planned to limit loan forgiveness based on defrauded learners’ current employment. Under the new plan, if a former student is earning 50% of the average salary in the field that they studied, they are eligible for full forgiveness. But if someone is earning more than 50% or more of the average, they’ll receive only partial forgiveness.

DeVos has called this process ‘efficient’ and ‘fair,’ yet the policy displays significant flaws. As is the case with Dieffanbacher, many students haven’t joined the workforce in the field in which they studied. Though a healthcare worker in California, her forgiveness is based on paralegal standards.

“I have not intentionally visited schools that are underperforming.”

Meanwhile, DeVos has continued to display her bias towards deregulation and for-profit education. In a March 11th interview with 60 Minutes, she admitted she had not “intentionally” visited underperforming schools in her home state of Michigan.

Responding to those comments in a subsequent interview, DeVos called attention to the U.S.’s “middle-of-the-pack” ranking worldwide regarding K-12 student performance and reiterated her belief in school choice. In order to boost student success, she argues, government regulators need to step out of the way of private and charter schools.

At the same time, DeVos has continued to fill her department with former members of the for-profit education sector. The most recent addition has been Diane Auer Jones, who worked as a lobbyist for Career Education Corporation (CEC) from 2010 to 2015. The company has paid out tens of millions of dollars in settlements to various former students and state and federal governments and is currently under investigation by a coalition of state attorneys general for carrying out fraudulent activity that is typical for predatory for-profits. These include illegal recruitment practices, misrepresenting graduates’ employment success, questionable student lending practices and more.

Other former industry workers hired by DeVos include Robert Eitel and Carlos Muñiz, who also worked for CEC. Julian Schmoke Jr., a former provost from DeVry University with no investigative experience, has been tasked with heading up DeVos’ anti-fraud team.

Photo by Marc Szeglat on Unsplash 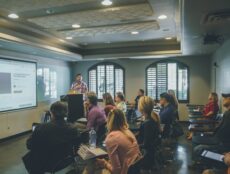 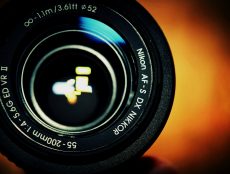