One of the biggest edtech acquisitions so far in 2019 was announced on April 8 when the online program manager (OPM) 2U revealed it had entered into an agreement to purchase bootcamp operator Trilogy Education Services for $750 million.

That sum is comprised in part of $350 million in 2U shares (which in part caused their stock to dip this week, though it has performed well so far this year). Of the remainder, $250 million was loaned from Owl Rock Capital and $150 came from 2U’s available funds.

Before the deal, 2U partnered with 36 universities, helping them deliver online courses, degrees, and (thanks to their first acquisition of GetSmarter in 2017) certificate courses as well.

Trilogy Education was founded in 2015 by Dan Sommer, who had previously worked for the OPM StudyInterActive. With a Trilogy partnership, universities provide facilities and oversight of student experience and curriculum to create a professional bootcamp in numerous fields of study. Trilogy provides the rest.

Both 2U and Trilogy operate on a revenue sharing model from the programs they create.

The deal comes at a time when more education stakeholders are growing interested in the work OPMs perform. The following mark a few takeaways from the acquisition.

There Are Few Limits to the Services OPMs Can Provide

When OPMs first began to appear in the mid aughts (2U incorporated in 2008), they initially focused on providing services that institutions didn’t offer already. Most focused on the technology needed to host online courses and degrees. As the years have passed, however, many OPMs have learned that universities are willing to outsource numerous tasks. These might include more academic services, like instructional design and student advising. They might also include business operations like advertising, marketing, and student recruitment.

With the acquisition of Trilogy, 2U has essentially lost the O in OPM. One might argue they’ve already lost the P as well. Before long, the time will come to find a different name for these businesses.

While 2U deals primarily in the online world, they also need to contract with some facilities for certain programs they operate. As 2U Co-Founder and CEO Christopher Paucek told Mad Money’s Jim Cramer, “We have a variety of programs where we do local clinical placement. So for an example of one, we offer a Master of Science in Midwifery with Georgetown (University). Well, you wouldn’t go to the midwife who delivered the virtual baby. We power a local clinical experience all over the country to allow people to go in to deliver babies in that program.” With the acquisition of Trilogy, that will presumably remove the need to deal with third party facilities around the U.S.

U.S. enrollments in higher education are not expected to grow any time soon. That doesn’t matter as much if you make inroads in other countries. Not only does Trilogy have a growing brick-and-mortar footprint around the U.S.—they also have one in Mexico, Canada, and Australia. Graduate and professional education is, of course, in demand all over the world. With that expanded reach, 2U will be able to appeal to more students.

2U Paid a Premium

Trilogy raised $50 million in Series B in May of 2018. The round valued the company at $545 million according to TechCrunch. While the company has continued to grow and sign new partners in the time since, it appears that 2U sees more to gain from the acquisition than their basic sum value. 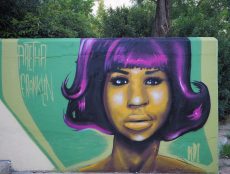 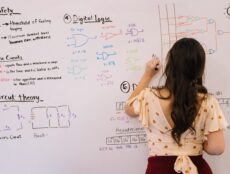