Game-based learning is a concept often applied in so many different ways and settings that it can be difficult to come to an effective definition of the term. But few if any would hesitate to use it to describe Age of Learning’s new massive multiplayer online (MMO) game, Adventure Academy. Game development cost a reported $100 million and involved a team of over 200 programmers, artists, instructional designers, and more. The team’s collective resume includes work on World of Warcraft, Lord of the Rings Online, Dungeons and Dragons Online, and Wildstar. Intended for elementary and middle school learners, it went live on May 1. eLearning Inside recently got in touch with its creators to find out more about its creation.

“This is a really different and innovative new product,” said Alex Galvagni, Adventure Academy’s president of production. “There’s nothing quite like it in the market, at least nothing at this scale, nothing at this level of investment and nothing that quite captures the modes of technology with game thing and education that we’ve done here.”

On its face, the game is much like other MMOs. Each player chooses their own avatars and travels through the wide world (comprised of discrete zones) of Adventure Academy. Players have constant opportunities to participate in learning activities. Successful completion of these gives players experience and allows them to level up.

“We use a questing format to guide players through the world of Adventure Academy,” said Executive Producer and former World of Warcraft developer Kevin Beardslee. “Those quests introduce players, get them to know features, etc.”

The Next Move After ABCMouse

In many ways, Adventure Academy marks the next step for Age of Learning following its premiere game, ABCMouse, a learning supplement for ages 2-8. While a lot of the learning content looks similar (although it’s upgraded for older learners), ABCMouse notably lacks the massive online world of its successor.

“It’s not like this was a direct continuation from ABCMouse,” said Senior Vice President of Curriculum and former elementary school teacher Joel Kupperstein. “At ABCMouse, we have a balance between a kind of linear path approach, proceeding step-by-step, and various areas of learning where the user can go anywhere they want to and select any of activities they want to.

One notable difference between the two games is the social aspect. Adventure Academy allows players to interact with each other and complete learning modules together. (Galvagni notes that multiplayer options are currently limited, but many more are coming.)

“From an educational standpoint, the social aspects of the game are a layer that really lends itself well to accelerated learning outcomes,” Kupperstein said. “We know that kids learn better—and they’re motivated to learn—when they can work with friends, when they can choose what they want to work on, when they can set their own path. I’m not such a gamer, but we I began to learn more about MMOs from Alex, Kevin, and the team, I realized this is a really powerful tool for tapping into what we know about how kids learn and what keeps them engaged and persistent. So we’re excited to have these social features around.”

But socializing in Adventure Academy is not mandatory. Parents will have the option to choose between three different levels of chat: not chat whatsoever, prescripted chat, and an open chat.

“It’s open, but it’s heavily moderated,” said Beardslee. “We have a system that pushes back on anything that is not accepted. It lets users try again. We also have staff continually monitoring this and we’re continually improving filters to make it a safe space.”

A good deal of work has gone into the curriculum itself. Beta-testing has been positive so far, but the team has yet to conduct any research on the learning improvements that Adventure Academy may or may not bring about. The game developers are hopeful about what those results might be when the testing occurs. ABCMouse has been tested more extensively and has been found to bring about positive learning outcomes.

The other biggest question remaining is whether—and how quickly—Age of Learning will be able to recoup their $100 million+ investment. But based on Age of Learning previous success, Adventure Academy isn’t the moon shot it might look like. ABCMouse regularly makes the top of the list for most-downloaded kids apps. In 2016, TechCrunch estimated Age of Learning was bringing in annual revenues exceeding $100 million via ABCMouse’s $7.95 monthly subscription fee. (Adventure Academy costs $9.99/month or $60/year.)

“Just like with ABCMouse, we think the best way to deliver this product is with a monetization scheme that appeals to parents,” Galvagni said. “There are no in-game transactions and no ads. And at the same time, it’s really conducive to learning.” 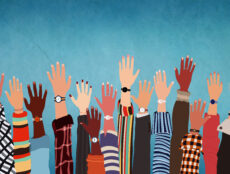