Many education researchers are currently looking into game-based learning as a method to more effectively and engagingly teach learners. In a study recently published in Frontiers in Education, Klaus Dieter Stiller and Silke Schworm from the University of Regensburg in Germany provide a rundown of issues they have identified in the study of game-based learning and also present findings from their own research.

As Stiller and Schworm write, much research focuses on a single outcome in game-based learning: academic performance. Many studies simply ask a group of learners to play a game, test their knowledge, and compare the results with a control group. But that is hardly the whole story.

Looking Outside of Performance in Game-Based Learning

The researchers identified three other areas of inquiry to investigate when it comes to game-based learning. These are: motivation, cognitive load, and language comprehension.

The researchers expected that learners in the test group would progress through their module with a greater degree of interest, challenge, and anxiety. Each of these factors can either encourage or discourage individual learners.

Besides motivation, game-based learning tends to be more exacting on a learner. The demands made by games, such as learning the controls, navigating the user interface, following the game’s story, and more, can also serve to engage learners further. But if placed in too stressful a gaming context, the cognitive load demanded from a game can also detract from the learning experience.

What’s more, people who regularly game are more used to learning new games. Non-gamer learners might well be expected to struggle more in the process of getting accustomed to the module in the first place.

And finally, as the learners involved in the study were all native German speakers who had learned English as a second (or third) language, the researchers also looked into the issue of language comprehension in its ability to predict learning outcomes.

To test these factors of game-based learning, Stiller and Schworm asked 39 learners to learn about how cells function. The test group did this by playing CellCraft, a game in which a platypus cell is sent to an alien planet. The object of the game is to keep the cell alive and minimize the spread of viruses. The control group, meanwhile, was presented similar content as that which was imparted in the game in a hypertext format.

Based on existing research, the authors formed the following five hypotheses before performing their experiment.

Hypothesis 2: Learners having played an educational game will experience a higher level of interest than learners having studied a hypertext instruction.

Hypothesis 3: Learners playing an educational game will experience a higher level of cognitive load than learners studying a hypertext instruction.

Hypothesis 5: When playing an educational game, successful learners will possess a higher level of gaming experience and are better in English comprehension.

The researchers were able to confirm the first two. Learners playing the game went in with a much higher sense of challenge, interest, and anxiety of failing. They also thought they wouldn’t do as well as their hypertext counterparts.

Regarding cognitive load, the results were interesting. Learners in the test group initially reported relatively low levels of cognitive load. But after 15 minutes of playing, it increased and then leveled off after 30 minutes. The control group, meanwhile, reported a high initial cognitive load, but then dropped down to nearly the same level as the test group. The researchers could not, therefore, confirm Hypothesis 3.

Regarding performance, both groups improved their knowledge of cell function, but the hypertext group outperformed the gamers. Hypothesis 4 could not be confirmed either.

Finally, those who had a better command of English and more gaming experience could understandably navigate the modules more easily and Hypothesis 5 was confirmed.

Stiller and Schworm’s sample is too small to draw any general conclusions, but their study provides a new fold to how one might approach game-based learning. While performance is an important metric, it ignores other factors, such as motivation and cognitive load. 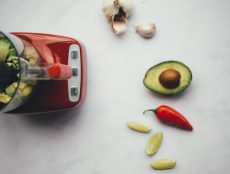 The Current State of Blended Learning 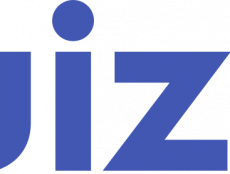 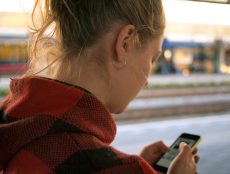 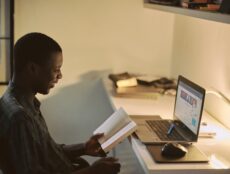 Amazon’s Alexa: Your Next Teacher

Why eLearning Will Grow In Higher Ed in 2019