6 Insights You Can Gain from Student Social Networks

Learning—whether online or in-person—is a fundamentally social process. The advent of social media and discussion forums in learning management systems makes the social aspect of learning more available to students, but also more analyzable for researchers. Education academics have widely explored what social network analysis can tell administrators about a given student body. Through both software and more analog research methods like surveys, stakeholders have already begun to learn insights from how likely a student is to perform in a class, to how likely they are to take up smoking.

In a recent meta analysis, a team of researchers broke down how social networks are being analyzed and what insights they can provide.

They identified 74 different studies on how social networks in college classes could be studied and divided these into six major categories.

The Effectiveness of Collaborative Learning Methods

In an ideal setting, group work and the social aspect of learning represents a rising tide that lifts all boats. Researchers have analyzed student social networks simply to understand how many interactions are occurring, and if they might be increased. Multiple studies have positively linked more teamwork with higher academic achievement.

Others have looked at the various agents in the network in question to see how information spreads. Some try to identify and track the ‘Most Knowledgeable Others,’ or the individuals who are more likely to posses knowledge and pass it along.

Studies on the Teamwork Among Students

Positive teamwork isn’t just about quantity of interactions. Quality plays a role as well. Some researchers have devised a ‘contribution index.’

As the authors write, “As expected, adversarial relationships within teams are the cause for lesser team satisfaction. One unexpected observation indicates that more workload sharing in a team results in lesser grades. This observation may be explained by the intuition that many successful teams often have a few bright and hard working students who take up most of the workload.”

The researchers say, however, that this might be a reciprocal effect. In other words, the more a student knows, and the better academic skills they have, they’ll both get higher grades and likely sit in a more central hub of a network.

Researchers have identified best qualities in a network. These include things like the presence of leaders, “optimal network density,” and the presence of smaller subgroups within the larger student social network.

Subcultures and Homophily Among Students

One main, active tendency that drives group behavior in student social networks and beyond is the concept of homophily. Group members tend to form connections around similar traits. As members of the same group, members also tend to align their behaviors. There are both positive and negative dimensions of this.

As the authors write, “Several other longitudinal network data analysis on academic and friendship networks have shown that students mostly form connections with the similarly achieving and same-gender students both for friendship and academic consultation, thus indicating a strong academic and gender-based homophily.”

“Based on these findings, educational institutions may design appropriate policies and activities to overcome these patterns, making the students aware of this data and motivating a better decision while choosing friends,” the authors write. 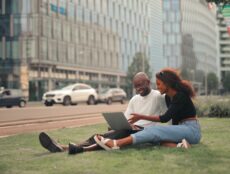 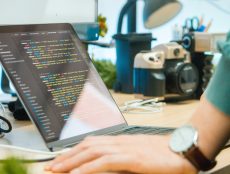