Millennials reached two big milestones in 2016. Not only did they become the largest living generation overall (displacing Boomers), but they also became the largest segment of the workforce, with one in three workers belonging to the generation (more than either Boomers or Gen-Xers). For employers who think the Millennial stereotypes are true, this could be seen as worrisome. One question that has been on the minds of learning professionals is to what extent Millennial workplace learning needs are different from other generations.

Many Millennials are “Digital Natives”

One of the most talked-about characteristics of the Millennial generation is how most (but not all) of them are so-called digital natives, meaning they were born into-, and raised in, the brave new world of digital and mobile technologies. Millennials who have grown up without being steeped in digital technologies, whether by design or happenstance, should not be considered digital natives. The key question is whether digital natives are fundamentally different from the many people who are digital ‘immigrants’ – those who are also steeped in digital technologies but weren’t born into it from day one. People were worried Millennials would automatically be inferior at face-to-face social skills from being online too much. Others have assumed they will be much better at multitasking. Yet others figured they would be naturally better at both using and/or fixing computers and other digital equipment.

These have all turned out to be Millennial digital native myths. The youngest working generation is no more socially stunted than digital immigrants. They are also not any better at using or fixing digital implements. And as for multitasking, keep in mind that the human brain can only focus on one task at a time, which means “multitasking” is really just switching frequently between different tasks. While it’s true that Millennials are more likely to engage in multitasking than older generations, they aren’t any better at it than anyone else.

It was in 2001 when education consultant Marc Prensky claimed digital native Millennial children “…think and process information fundamentally differently than their predecessors.” He even suggested their brains had become physically different. He was seeing a rapidly expanding gulf from digital immigrant teachers and digital native students, who seemed to speaking entirely different languages. The teaching methods of digital immigrants seem hopelessly outdated to digital natives who are used to everything being online and instantly available.

In 2008 Dr. Gary Small, a psychiatrist at the University of California Los Angeles, had co-authored a book called iBrain: Surviving the Technological Alteration of the Modern Mind. He and his co-author (and wife) Gigi Vorgan also suggested that the brains of digital natives were being rewired by their exposure to digital life. While his thoughts were largely speculative (as opposed to evidence-based), some studies do seem to validate the idea, such as one showing greater brain engagement among digital natives reading a website online than when reading printed text. The plasticity of the brain does mean that neural connections are made based on activity, so the more one does one type of activity, the stronger those connections will be (and the less one does another thing, the weaker those connections become). But this applies to all areas of life and is not unique to being a digital native. One outcome is that digital natives who do the most, if not all, of their reading digitally may struggle a bit more in educational programs that are print-based.

In this sense, the brains of digital natives aren’t fundamentally different in the way they work – any new activity repeated creates new neural connections. For digital natives, this just means they tend to be better at digital life earlier on, and more of them fall into this category than older generations. But digital immigrants are also forming those new neural connections as they immerse themselves in digital life. In short, the most solid thing to be said about it is that Millennials who are also digital natives are likelier to be more comfortable in the digital environment from an early age. And the same would hold true for everyone coming along after Millennials.

How does all of this translate into Millennial workplace learning? It’s about their preferences more than anything else. But this is also very important. After all, there are only going to be more digital natives moving forward, not fewer.

Digital Native Millennials are going to want their learning programs to be digital, meaning eLearning. And they’re going to want eLearning to be on-demand with high quality. If your company hasn’t fully embraced eLearning for its learning and training programs, or has a clunky, outdated learning management system (LMS), you’re not doing yourself any favors with the growing Millennial part of your workforce. In fact, the Harvard Business Review highlighted how more than only 40% of leaders 36 or younger say the L&D programs at their companies are “excellent” while 51% describe them as “inconsistent or underperforming.” Furthermore, an extensive 2011 survey published by PWC showed that among Millennials, “excellent training/development programs” ranked third for what they want from potential employers, and “training and development” was rated as the single most important workplace benefit to them.

In an increasingly tight labor market, companies might find themselves having a hard time hiring and retaining Millennials if they don’t up their digital game on the workplace learning front. Now would be the time to start making the changes needed to meet Millennial workplace learning needs. A significant chunk of the learning offered also needs to be geared towards leadership development. A Deloitte survey in 2016 revealed that of the Millennials planning to leave their organization within the next two years, 71% said it is because they aren’t satisfied with how their leadership skills are being developed. Meanwhile, a Millennial survey by The Hartford found that 60% of Millennials want leadership skills training from their employers.

Microlearning should be implemented as much as possible with digital natives because it aligns best with how their digital lives happen, and it’s already shown itself to work well at many companies. It also goes without saying that eLearning for digital natives must be mobile-optimized for smartphones, tablets and even wearable technologies. Many Millennial digital natives have also been thoroughly steeped in modern gaming, which means both gamification and game-based learning are going to go over well with many of them. If your company has ample resources, consider Virtual Reality (VR) learning, Augmented Reality (AR) learning and Mixed Reality (MR) Learning. Finally, working in robust opportunities for personalization along social media elements will also help.

It is time for employers to ditch the Millennial stereotypes and start catering to the workplace learning preferences of digital natives or risk losing talent. The companies who take the steps outlined above will be well on their way to the winning combination of approaches to learning and training that will serve the digital natives of the Millennial and rising generations for years to come. 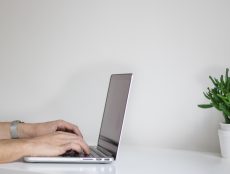