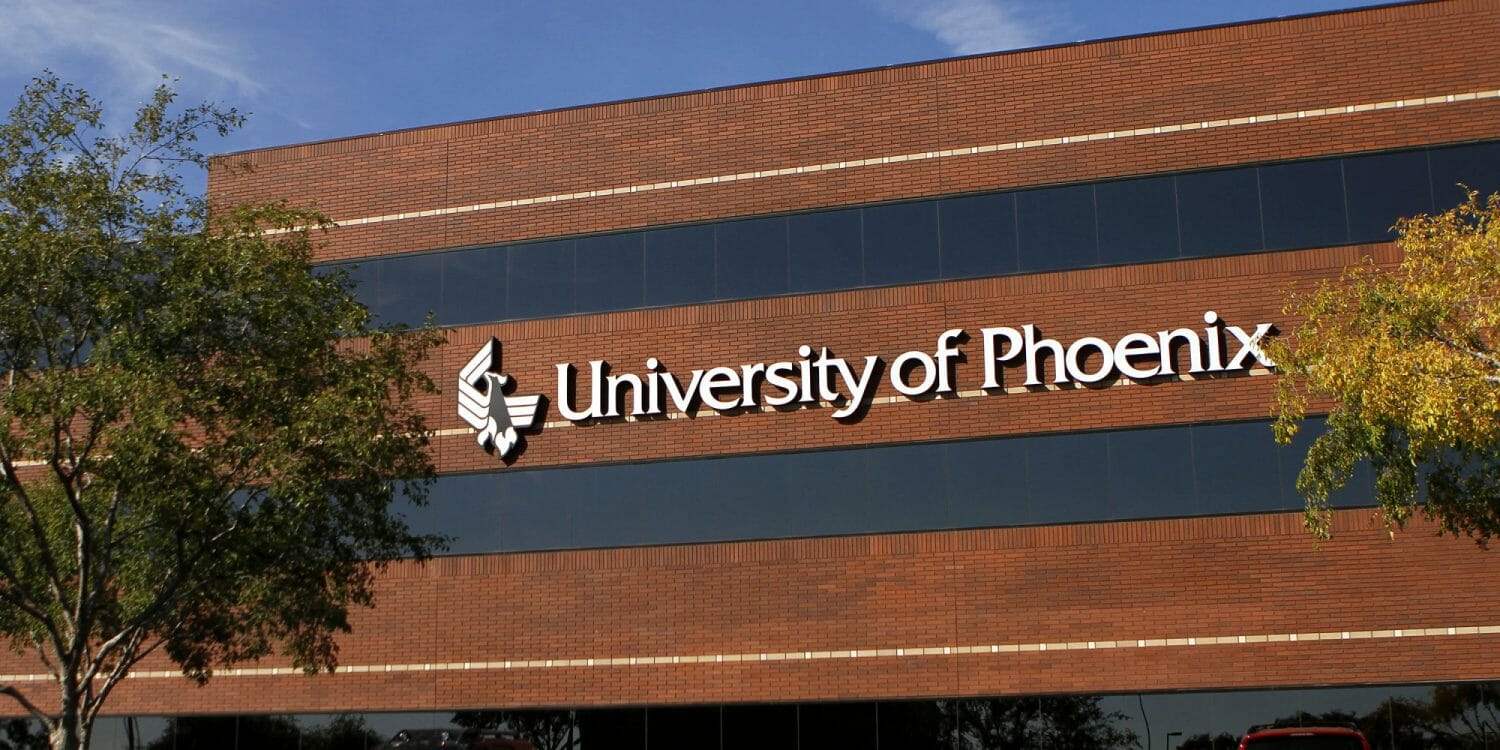 For many years, postsecondary institutions have struggled to bring legitimacy to their online programs. Indeed, in the early 2000s, academics frequently made snide remarks about online programs and degrees, such as the rapidly developing Phoenix Online program. To say, “I bet he got his degree at Phoenix Online,” was tantamount to saying, “He’s a fraud.” The underlying assumption was clear: If someone had received a degree online or even taught in an online program, they lacked qualifications or appropriate standards. In the past decade, the tide has finally started to change but there is one thing holding programs back: faculty salaries.

Rigorous and highly selective programs, such as the PennState World Campus, combined with the rise of Ivy-based MOOCs at Harvard University, MIT and Stanford University have helped to de-stigmatize online courses and degrees in a postsecondary context. Purdue University’s recent purchase of established online institution, Kaplan University, is another sign that universities and their faculty are finally warming up to online learning and degrees, but disputes over salaries prevail. 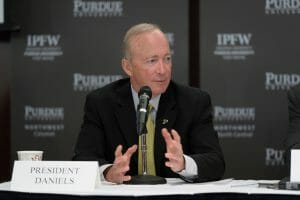 When Purdue University announced its purchase of Kaplan earlier this year, Purdue’s faculty members had many concerns. One concern regarded faculty compensation. Their concerns were legitimate. According to data provided by Chronicle Data, in 2015, on Purdue University’s West Lafayette campus, a full professor made $130,896 annually, an associate professor made $94,374 annually, and an assistant professor made $85,122 annually while lecturers made $52,020 on average. This is not the case at Kaplan University, which operates primarily online. First, Kaplan has no ranked or tenured faculty. Second, the faculty, who are all classified as “instructors,” make on average between $42,000 and just under $50,000 per year, depending on the campus. While these reported annual salaries are on par with the lecturer category at Purdue, at Purdue, many of university’s lecturers are part-time employees and graduate students. Also, the majority (85%) of Purdue’s faculty are full-time and ranked faculty who report much higher salaries, even in the early stages of their careers.

Put into stark terms, this means that a full-time full professors at Purdue make on average more than twice the salary of a full-time faculty member at Kaplan University. On the one hand, there are legitimate reasons for this pay gap.  A full professor at Purdue certainly has a PhD and a successful track record of research, teaching, and service. An instructor at Kaplan University may or may not have a PhD and has likely been in a teaching-intensive position that has not required him or her to engage in research (this doesn’t rule out the possibility that some of Kaplan’s instructors are doing research and have simply taken their Kaplan position due to the fact that well-compensated faculty positions are now difficult to obtain). But this is also the problem. As Purdue takes over Kaplan, are they also planning to maintain a two-tiered system? Will the university end up with two faculty streams where online instructors are not ranked faculty nor expected to engage in research (a typical expectation for university faculty) and receive less than half the annual salary of a tenured full professor at Purdue? If so, the message being sent out to faculty and students is clear: Accomplished faculty don’t teach online courses and students enrolled in online degree programs don’t merit the most qualified faculty.

While the Kaplan-Purdue numbers could be an exception, a comparison of faculty compensation at what U.S. News lists as the nation’s ten largest online universities reveals a consistent trend. 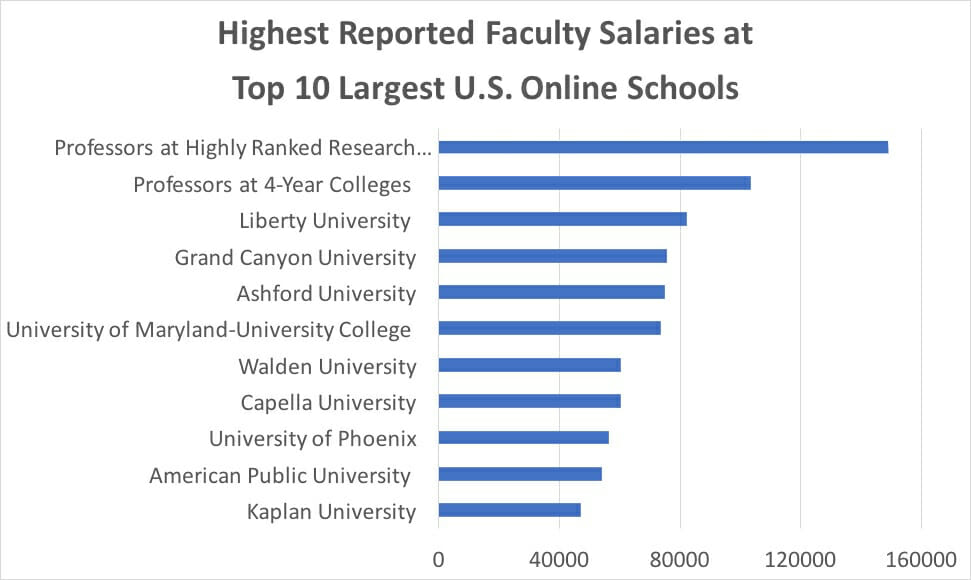 To be clear, wage gaps in higher education are not only a problem at online programs. Part-time faculty continue to struggle, faculty at public universities generally report lower salaries than their counterparts at elite private universities, and four-year college professors make less than professors based at research universities. While some of these wage gaps are justified (e.g., they reflect the scope of different types of postsecondary positions), others wage gaps are not. The consistent wage gap for online versus on campus teaching, then, appears to suggest that even as some of the nation’s most prestigious universities embrace online learning, online teaching in higher education continues to be generally under valued. To attract and retain outstanding faculty to teach in online programs, there is clearly much work yet to be done. 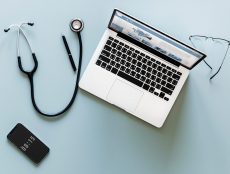 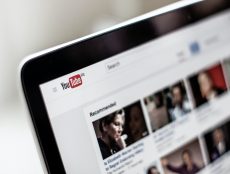 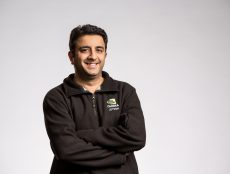