I Am Learning to Code: Week 0

I am skeptical about learning to code through an online course. So I’ve decided to enroll in one and will report weekly on how it goes.

In writing about eLearning, online education, and EdTech, one invariably comes across a message over and over again. “Learn to code” echoes unceasingly throughout the Internet. Industry leaders discuss the coming skills gap with the same concern that atmospheric scientists display toward climate change. I personally place significantly more trust in the group that follows the scientific method, but regardless, enough people have repeated their predictions for the future that a reasonable person might consider taking them seriously.

But I also have several reasons to take their words with a grain of salt.

In the world of EdTech, one invariably hears the same or similar industry leaders over-promise, misspeak, inflate the truth, or simply mislead the public with their characteristically lofty jargon. And it isn’t just about learning to code. For an example, I’ll quote Raj Kapoor, the chief strategy officer at Lyft. Earlier this Fall, Lyft partnered with Udacity to offer an AI course focusing on self-driving cars. Lyft sponsored a scholarship for the course. In the words of Kapoor, “At Lyft, our mission is to improve lives through the world’s best transportation but we can’t do that unless the best and brightest from all perspectives are given the opportunity to contribute. We have long admired Udacity’s commitment to the democratization of education and are thrilled to offer scholarships for this new self-driving program to communities that are underrepresented in technology.” 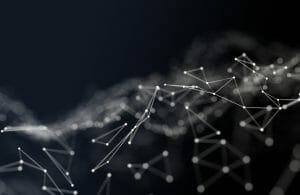 This statement says a lot. Lyft’s mission is to improve lives. They seek the smartest people from all perspectives. Udacity is committed to democratizing education. I get a sense of the meaning from each of these statements, but I don’t really know what they mean.

While the first two statements sound vaguely nice, I conclusively know the last one to be misleading. Udacity was formed in part by former Stanford Professor Sebastian Thrun, who taught one of the first three MOOCs back in 2012. At this time, MOOCs were truly massive and open. Anyone could sign up for free. When Thrun then formed Udacity to provide MOOCs on a larger scale, he understandably struggled to make money. So, the company pivoted. They began to charge for their courses and partnered with businesses to develop educational content. Many of their popular courses would prepare learners for specific jobs at specific companies. Companies liked this idea. It allowed them to be able to select “the best and the brightest” from a given class to join their team. It also allowed them to pay their workers less. Udacity graduates don’t have computer science degrees and they don’t have experience in the field. I wrote about this at much greater length, but the TL;DR is that Udacity isn’t committed to democratizing education; they want to capitalize it.

(Ben Tarnoff of The Guardian also has an interesting perspective on industry leaders urging young people to code.)

To be clear: I don’t think this is a bad thing.

I think online courses and learning to code are wonderful solutions for anybody who doesn’t want to pay university tuition that has doubled or tripled in the past thirty years or can’t afford to leave their family or job. But I’m also skeptical. If a company’s upper management is willing to use inflated or misleading language to advertise their product, maybe their product isn’t as good as they say. I’m very wary of spending money, time, and energy on a digital service that won’t really benefit me in the short or long term.

My skepticism also has a well-established precedent. For-profit education in the U.S. is a notoriously predatory industry. Businesses like ITT Technical Institute, Corinthian Colleges, DeVry University, the University of Phoenix, and Trump University have had to collectively pay billions of dollars in settlements to their former students and the federal government for committing fraud and other crimes. The Department of Education under the Obama Administration found that, while students at for-profits made up only 13% of college students, they made up nearly half of those who had defaulted on their federal loans. 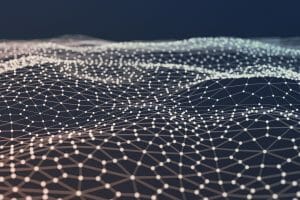 It’s true, online educators such as Udacity, Coursera, Springboard, LinkedIn Learning, and most online coding bootcamps mark a new generation of for-profit educators. But there is little to indicate they are better than the giants who came before them.

Some indicators point in the other direction. Last fall, The Flatiron School, a coding bootcamp, was fined by the state of New York for misleading their learners about job success rates of their graduates (just like most of the guilty for-profits above) and operating without a license. The news came as a huge surprise because the company had long prided itself on its faithful advertising. If these guys were committing fraud, then what have the other companies been doing?

I repeat: I am skeptical of online for-profit educators.

But I also think that learning to code is probably a beneficial and perhaps necessary activity. So, I have decided to enroll in Codeacademy’s intensive 10-week web development course intended to teach learners how to “Build Websites from Scratch.” I intend to be 100% transparent throughout this process and report back weekly from beginning to beyond (hopeful) completion. Codeacademy does not know I’m doing this, and they haven’t given me any perks in exchange for promotion. Today, January 16th, is the first class. Check back in one week, and I’ll let you know why I chose Codeacademy, more about my background as a learner, and how it’s going. 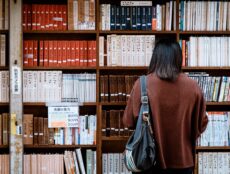