When it comes to skills gaps, Silicon Valley tends to take up a great deal of oxygen. But, as eLearning Inside has reported, numerous industries outside of tech are currently grappling with a changing workforce. When it comes to skilled trades such as plumbing, many regions are beginning to feel the pinch.

On Long Island, NY, roughly 270 plumbing positions open up every year. Nearly one third of these are due to retiring workers. At the same time, skilled trades haven’t been a popular choice for millennials—very few are choosing them as a line of work. The remaining plumbers are increasingly in demand. As the gap in skills grows, services will become more expensive, wait times will stretch longer, and quality may suffer.

Many factors have contributed to this skills gap, but according to numerous industry experts, education played a big role—or rather, the lack thereof. During the years of No Child Left Behind—when teachers were asked to prepare students for a narrow set of academic standards—many trade and vocational programs in schools were cut.

“The demands of academic testing mean that schools often aren’t able to focus on these other capabilities at all,” writes Ken Robinson for Time in summary of his 2015 book Creative Schools. “Vocational programs – such as carpentry or welding classes, cosmetology classes or many of the other practical areas of study available in some US high schools and in the vocational schools that dot our cities and suburbs — are seen as second-rate options for people who don’t make the academic cut. As we argue in Creative Schools, this academic/vocational caste system is one of the most corrosive problems in education. It need not be.”

As learners are introduced to skilled trades at decreasing rates, Robinson argues, fewer are choosing it as a career path.

Companies are increasingly turning to eLearning solutions to help bridge this skills gap. The Plumbing-Heating-Cooling Contractors Association (PHCCA) have begun to offer numerous online training options, including a pre-apprenticeship course.

The course is “aimed at prospective apprentices to provide them with more information about the p-h-c industry. In addition, the course is perfect for prospective employees, office staff who need more industry knowledge and new employees working for wholesalers,” according to the site.

To become a plumber, one needs to work as an apprentice for several years, receiving training along the way. It used to be that a good amount of this involved classroom work. But even in very hands-on industries, eLearning has begun to transform the way that workplace education occurs.

Last weekend, Newsday told the story of James Burns, who spends an hour of every week taking an online plumbing course. His does it on company time and receives the same hourly compensation. Burns is completing a PHCCA course, which will help him earn his journeyman’s card.

One obstacle for online training in plumbing is state regulation. Each state has different requirements and procedures for licensing plumbers. But as the skills gap continues to grow, scrutiny of the online format has dissipated.

“As the shortage of skilled workers becomes more critical in the plumbing, heating and cooling industry, the states are more willing to accept online training as an option,” said Cindy Sheridan, chief operating officer of the foundation, based in Falls Church, Virginia, according to Newsday. 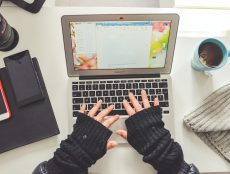 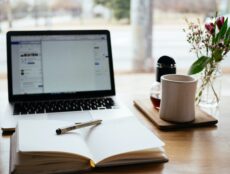 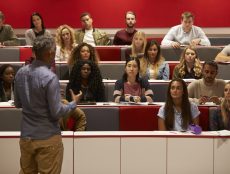