Almost fortnightly, it seems, a report or article emerges about the increase in tuition at American institutions of higher education. Some describe what caused the hikes, and what policies can be adopted to reverse the trend. Many of these reports tend to land on the same conclusion: state disinvestment in higher education that began during the Great Recession has driven the hikes in tuition we see today. In the past month, discussion at The Century Foundation’s Higher Ed 2020 conference fell into this category, as did a report from the Center on Budget and Policy Priorities.

The latter paints a damning picture: adjusting for inflation, state funding on a per-student basis has fallen since 2008 in all but four states. Those cuts have occurred in many states continuously over the past decade. Between 2017 and 2018, in fact, state funding was reduced in 31 states. That’s despite a humming economy and incredibly low unemployment levels.

In the words of report authors Mitchell et al, it seems like a no-brainer.

“[B]etween fiscal years 2008 and 2012, for every $1 state lawmakers raised in new revenue they cut $3 from existing spending. This led to exceedingly deep cuts to higher education — which contributed to higher-than-typical tuition increases, described above — that might have been avoided if lawmakers had pursued a more balanced approach.”

These hikes in tuition disproportionately affect vulnerable communities. It raises the barrier of entry. And what’s more, it has occurred cyclically for decades.

As Higher Ed 2020 panelist James Kvaal (president of the Institute for College Access and Success) put it, “The historic pattern has been: recession begins, state spending targets higher education disproportionately, the economy comes back, the money isn’t necessarily put back in higher education.”

The Effects of State Disinvestment

These positions assume the following: cuts in state appropriations for higher education are largely responsible for tuition hikes. In answer, many experts advocate for increasing state funding. Many data points appear to support these conclusions.

As Mitchell and his team of researchers write, “Tuition remains much higher than before the recession in most states. Since the 2008 school year, average annual published tuition has risen by $2,651 nationally, or 36 percent.”

It seems logical. If funding drops in one revenue stream, it needs to be made up for in another.

But according to others, it’s not that simple. As Brookings Institution researcher Jason Delisle writes in a 2017 report, “the effect of state appropriations on tuition at public colleges is not debated, and evidence of a causal relationship is routinely asserted with a simple graph showing tuition rising and per-student appropriations falling.”

According to Delisle, “the available research suggests that if state lawmakers increased appropriations for public colleges and universities, it would be unlikely to have an effect as large as advocates assume. More state funding appears to buy pennies on the dollar in lower tuition. That makes increasing appropriations for public colleges and universities an ineffective—even wasteful—policy for keeping tuition low. It also implies that grant aid might deliver more bang for the buck than larger state appropriations.”

State Appropriations Account for an Average of 17.6% of the Total Revenue at Public Universities

State disinvestment assumes a fairly simple model of higher education as a business, with subsidies and tuition going up or down to offset each other in order to meet the same bottom line. American higher education, however, is a much more complex sector.

While tuition and fees often make up the largest revenue stream at a given institution, it is still just a fraction of a larger whole. According to a December 2017 report from the National Center for Education Statistics (NCES), tuition and fees account for roughly one fifth (21.5%) of a public university’s total revenue. State appropriations come in second at 17.6%, but there’s also grants and contracts (14.4%), sales and services of hospitals (14.2%), sales and services of auxiliary enterprises (8.5%), and dozens of other revenue streams. In fact, the next largest after auxiliary enterprises comes from a general catch-all category, titled simply ‘Other revenues and additions.’

Public institutions, therefore, have seen drastic cuts to a large portion of their revenue, but a portion that totals 17.6% of the whole.

Keep in mind, this is just for public non-profit institutions. It’s a different story with private non-profits and for-profits. The relationship, therefore, that state investment plays in tuition costs is much more complicated than many assume.

Despite the complexity involved here, few academic researchers have studied the problem. According to Delisle, “Just three studies over the past two decades examined the relationship between appropriations and tuition using the same methodological standards applied to test the Bennett Hypothesis, and two of the three did so only tangentially.”

One of these was also conducted by the NCES back in 2001. The team looked at institutional revenue between 1988 and 1997 along with a slew of determining factors. They found that fluctuations in state appropriations accounted for between 19% and 28% of changes in sticker price tuition. Not every student pays sticker price tuition, and the results might be skewed because of this factor. But it still provides a very different narrative from the reports emerging today.

Delisle asks, “What might explain why appropriations have such weak effect on tuition? Again, the studies discussed above do not offer much explanation, but two theories come to mind: perhaps universities look to exploit their pricing power in the market leading them to raise tuition whether appropriations rise or fall; or maybe when faced with a reduction in state funding, universities cut spending instead of raising tuition dollar for dollar. Those are excellent theories for future research to test.”

Another study published just a week after Delisle’s sought to accurately model the financial environment of public institutions to seek to explain rising tuition. It found that demand-side availability of federal student loans played a larger role in tuition increases than state appropriations. This idea is known as the Bennet Hypothesis, because it was stated–also with very little evidence at the time–by Ronald Reagan’s Education Secretary William Bennet in 1987. Numerous studies over the years have also poked holes in this explanation for rising tuition.

A more important question might by why so many experts, think tank researchers, and policy wonks continue to put forward the state disinvestment theory or the Bennet Hypothesis as gospel? Politics would be a good place to start.

The Wikipedia pages describing The Century Foundation and the Center on Budget and Policy Priorities both bear the term ‘progressive.’ William Bennet was a conservative politician. While not as politicized as debates on, say, gun control or abortion, theories describing the hike in college tuition generally follow political lines. The state disinvestment explanation marks a liberal line of thought and the Bennet Hypothesis is on the other side of the aisle. The Center on Budget and Policy Priorities counts George Soros as a major donor.

The Brookings Institution, meanwhile, is considered much more centrist, with perhaps a slight liberal bent.

Political affiliation likely does not account entirely for the continued (and singular) belief in either state disinvestment or the Bennet Hypothesis, but it’s troubling that think tanks would treat issues of such import with so little rigor.

As Delisle concludes, “The fact that the research is limited, and that it shows state disinvestment is not a major cause of rising tuition, are reasons to doubt the state disinvestment argument and the policy agenda attached to it. Researchers should see this as a call to action. They should be putting at least as much effort into measuring the effects of state appropriations on tuition as they do the Bennett Hypothesis—and employing the same rigorous analytical methods. They can also help determine what factors really are the primary drivers of tuition increases at public colleges if appropriations matter so little. Journalists should also change their approach in light of the evidence on state disinvestment. They should hold claims about the effects of state disinvestment on tuition to the same standards of evidence as they do claims about the Bennett Hypothesis.” 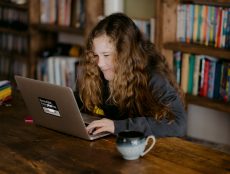 Trends in Education Technology to Watch Out for in 2021 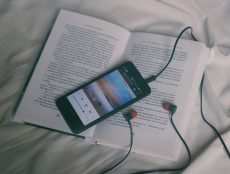 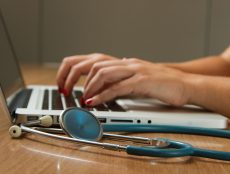 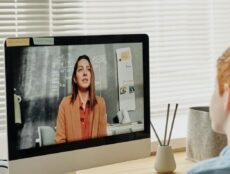