At CES this year, the Japanese device manufacturer Wacom announced its digital pen tablet had gained full compatibility with Google OS and Chromebooks. With existing compatibility with Windows and Mac OS, the company says its product has a role to play in online learning just at the moment when students en masse are leaving handwriting behind in favor of keyboards.

The company sent eLearning Inside a One by Wacom tablet to try out. In addition, we got in touch with Stacey Roshan, who is the author of Tech with Heart and works as an edtech consultant for Wacom and others. Roshan is also a former math teacher and current technology coach at Bullis School in Potomac, Maryland.

Wacom’s digital pen can serve as a means to both navigate a learning device and write as if one were doing so by hand with pencil or ink. Some describe this as ‘digital inking.’ A tablet connects via USB port and sits flat on one’s desk. It senses the end of a stylus that the user holds above its surface. One can also tap it to recreate the right or left click of a mouse.

“I started out by flipping my classroom and made Khan Academy-style videos,” Roshan said about her adoption of edtech as a math teacher. “But I needed to be able to write by hand. From the instructional standpoint, I need to allow students to see me write and talk at the same time. And then on the students’ side, a digital pen helps me see their thinking process. That’s a really hard thing to understand as a teacher. I’m always wondering, ‘How are each of my students thinking through their problem? Where are they getting stuck?’”

That’s where Roshan says the Wacom digital pen is indispensable. She taught both online and in-person classes before COVID-19 closed schools last year. She made use of the digital pen tablet in both modalities as a means to bring a form of handwriting back to learning that was increasingly occurring in all-digital environments.

Besides the compatibility with Google OS, Wacom has also created an education-focused library for teachers to show them some basic ways to use the technology and what is possible.

The coronavirus pandemic will leave countless indelible marks on education systems around the world. In the U.S., the rapid shift to remote learning escalated the country-wide effort to expand access to devices and broadband internet. Futuresource Consulting estimated that the K-12 education-facing laptop sales were up 18% in 2020, accounting for roughly 36 million units in total. As more and more students grow accustomed to learning on a device with a screen and a keyboard, what role will handwriting play in the future of online learning? And what consequences will that have across education?

It isn’t easy to measure just how much students are handwriting versus typing in school. But it is probably safe to assume that they are doing it less and less. At Christmas time, some report that kids from families that observe the holiday are commonly choosing to email their letters to Santa instead of mailing them. Surveys of adults have found rates of handwriting have decreased significantly.

A significant body of research has concluded that handwriting has numerous cognitive benefits regarding early literacy, memory retention, learning new information, and other metacognitive processes.

But the vast majority of this research has focused on adults. And it is not entirely conclusive. Researchers Simon Horbury and Caroline Edmonds, in their 2020 study, write that existing literature comparing handwritten to typed note-taking “shows somewhat conflicting findings about [students’] factual recall and conceptual understanding.”

How to Move Forward in the Digital Age of Education

There are many things to consider besides the results of education research when determining how to use technology to teach.

The debate between handwriting versus typing can take on the form of a conflict that pits iconoclasm against nostalgic whimsy. Handwriting expert and former professor of rhetoric at Oberlin College Anne Trubek drew strong, occasionally toxic, criticism with her 2009 article “Handwriting Is History.” In the article (and her subsequent book The History and Uncertain Future of Handwriting), she provides a more measured view of handwriting.

Trubek stresses that writing and typing are learned—not natural—actions. Until roughly 200 years ago, most who learned to read did not also learn to write. Handwriting, furthermore, opens the door for bias in the classroom. Researchers have found evidence of the ‘handwriting effect’: teachers, standardized test scorers, and others tend to judge students with better handwriting more favorably. As such, Trubek argues that “typing in school has a democratizing effect.” She also acknowledges that it will be a very long time before handwriting dies out completely.

Stacey Roshan takes a generally agnostic view, which she extends to technology in the classroom in general.

“It all comes down to priorities for the school,” Roshan said. “My hope is that, moving forward, everybody—teachers and administrators— has an opportunity to reflect on what things we want to keep, and what things we’re ready to discard. We can’t keep everything. Teachers are juggling way too much.

“A year ago, people were ‘firehose’ exposed to everything and needed to change everything on the spot. That’s not how we normally do things. We normally are very intentional. We design backwards. We think about which tools we need and why we need them. Technology can’t be too prescriptive. It needs to augment what teachers are already doing well.” 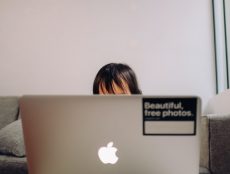 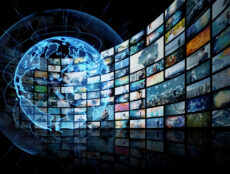