Leaders across sectors are increasingly turning their attention to organizational culture. There is a growing body of evidence that suggests healthy school environments are essential to supporting the “whole child” and their ability to succeed now and in the future. It’s on this basis that Pittsburgh Public Schools has decided to join forces with Rethink Ed on a new “whole child” partnership. They hope the initiative will prepare the district’s students for success at school but also later in life.

Rethink Ed is an edtech company that works with school districts to build healthy and positive cultures that bring out the very best in school administrators, students, teachers, and parents. Rethink Ed does this with the support of their learning solutions and several content products, which include educational videos. Rethink Ed’s products, which are developed by experts in the emotional and social learning fields, behavior management specialists, and special education researchers, are specifically designed to increase student engagement and motivation and drive students’ social and emotional learning.

In April 2017, the district’s superintendent, Dr. Anthony Hamlet, unveiled a strategic plan. Among other key goals, the strategic plan emphasized the need to transform the district into a student-centered culture built on continuous improvement that would not only help students succeed in school but also prepare them for college, future careers, and life. As stated in their district’s strategic plan, it is critical to have staff who are trained to respond to the physical, mental, and emotional needs of students. To meet this goal, Pittsburgh Public Schools starting looking for support. This eventually led them to Rethink Ed.

In a press release issued by Rethink Ed on April 11, Superintendent Hamlet outlined his reasons for partnering with the educational technology company. “We chose Rethink Ed,” says Hamlet, because the company resonates with the “district’s holistic approach.”

Diana Frezza, Senior Vice President of Education for Rethink Ed, is also enthusiastic about the new partnership. Our vision, emphasizes Frezza, is to help every child learn at the very highest level and this includes focusing on emotional, physical, and social learning needs.

The partnership with Rethink Ed supports the Pittsburgh Public School District’s continuing attempt to bring social-emotional learning to all its instructional work with students.With the new platform, educators will be able to access approximately 120 lessons on topics that include self-management and social skills, as well as self-care. Rethink Ed offers content in many formats, including videos, as well as a range of teacher resources and lessons that can be delivered in five to tweny-minute slots.

Notably, this isn’t the first time Pittsburgh Public Schools has partnered with a private edtech company. In 2006, the district partnered with Kaplan K12 Learning Services to develop a curriculum for its middle and secondary schools. 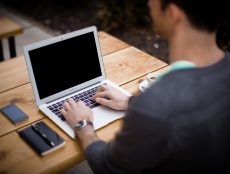