TikTok, the Chinese social media platform, has been downloaded by more than 1 billion users around the world. The platform allows for users to upload, edit, and share short, bite-sized videos. It has grown wildly popular with younger generations, attracted the ire of U.S. lawmakers, and has even found its way into the sphere of eLearning with the hashtag #EduTok. But is it even possible to impart knowledge in a video lasting a few seconds?

To understand what’s happening with TikTok, it’s important to recall the short history of its precursor short-video platform: Vine.

When Vine was developing its short-form video hosting service in 2012, Twitter quickly snatched it up before it launched in January of 2013. Videos could be browsed and shared through Vine’s social platform via the Vine mobile app and shared to other social networks as well. Its six-second looping videos were an instant hit with many people, and within two years the platform had amassed more than 200 million active users.

In spite of this success, Twitter cancelled Vine in 2016 as other social media networks launched their own short-form video features. The cancellation also had a lot to do with the fact that marketers found the platform’s six-second video length limit to restrictive for effect marketing, opting instead for longer short-form video options. Many loyal fans of Vine were sorely disappointed when it went away.

During the final stages of Vine being taken out of circulation, the China-based app TikTok (called Douyin in China) was in development. Chinese developer ByteDance launched Douyin in China in September 2016, and outside of China as TikTok in October 2016. A year later in October 2018, it was the most-downloaded app in the US. By February 2019, the TikTok and Douyin apps had achieved more than 1 billion downloads.

Although TikTok is like Vine in the basic sense of being a social media app for creating and sharing short videos, there are key differences. Regular short looping videos recorded using the TikTok app can vary in length from 3-15 seconds. Up to four different 15-second videos can be strung together for a grand maximum of 60 seconds. Longer videos recorded outside the app can be uploaded into TikTok, but longer videos cannot be recorded using the app. The Duet feature allows one user to combine or “duet” their video with that of another user into one looping video. The two videos are shown side-by-side. Users who don’t want their content to be used in duets can disable the Duet feature on their account, or make their whole account private.

The platform has become hugely popular all over the world. It also faces a similar array of challenges as other social networks over inappropriate content (sexually explicit, cyberbullying, deep-fakes, etc.) and how to develop and implement effective content moderation policies. It has been banned in various countries such as Indonesia and India, but managed to have those bans lifted in relatively short order. The ban in India lasted three weeks and the ban in Indonesia lasted only eight days.

The bans and censorship issues around content have led TikTok to focus as much attention as possible on the more positive ways of using the platform. The official stated mission of the company is to “…inspire creativity and bring joy.” Its TikTok for Good campaign highlights various hashtags centered on good causes to make a positive difference in the world, and also gives advice to organizations who want to leverage the platform for their own good causes.

In June 2019, the company launched the hashtag #EduTok, and the videos bearing the hashtag quickly amassed 37 billion views. Based on that impressive response, the company began further solidifying partnerships with a variety of EdTech companies to create and publish education content on TikTok, including the following:

You might notice that all of these EdTech partners are Indian companies. When a country with a population of more than 1.3 billion bans your app, you can bet the app company is going to bend over backwards to make things right. India is one of the countries that temporarily banned TikTok. In an effort to show it is supportive of democratizing learning and supporting the economic well-being of India, TikTok chose to begin its foray into eLearning there.

Sachin Sharma, Director of Sales and Partnerships for TikTok India, puts it this way:

“Digital evolution and the boom in smartphone adoption is redefining the learning patterns of the digital community at large. With these partnerships we are building an education ecosystem that gives learners the opportunities to thrive in their respective careers and subjects and help solve their challenges with ease while using a platform that they love. We are very happy to have established education partners joining us in our mission and we look forward to seeing our audience benefit from the content.”

Depending on how #EduTok plays out in India, TikTok might well decide to launch digital learning campaigns in other markets as well. The initial response, although early in the rollout phase, indicates there may indeed be a place for TikTok in online learning. 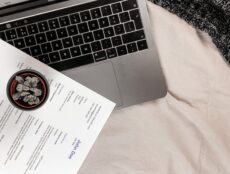 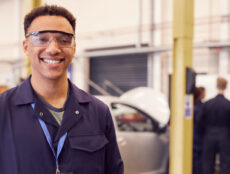 How Trade School Education Can Change Your Career