Whether you’re taking a few days off or looking for something to do while en route to a family gathering on the other side of the country, the holidays are a great time to catch up on reading. In 2018, hundreds of new books were published on topics of interest to people in the eLearning and edtech sectors. In this article, eLearning Inside recommends just a few new books for edtech enthusiasts.

At the heart of the new title by Eric Klopfer and colleagues is a central argument: Serious games don’t work because they are all too often focused too narrowly on very specific educational outcomes. In Resonant Games, they argue that outstanding serious games do more than chase outcomes. They also integrate play and content to generate experiences that truly resonate with learner’s real lives. The authors also drill down on key elements of game design. For anyone interested in games and their educational application, Resonant Games is an essential read.

A People’s History of Computing in the United States by Joy Lisi Rankin, Harvard University Press

Another highly recommended 2018 read is Joy Lisi Rankin’s A People’s History of Computing in the United States. Just out from Harvard University Press, Rankin’s study sheds the spotlight on several unrecognized early researchers in personal computing, including the educators who were using computers to innovate back in the 1960s to 1970s. Focusing on three projects based in New Hampshire, Illinois, and Minnesota, Rankin’s study is a fascinating historical account of early experiments in online learning and edtech. Although well received by most readers, Rankin’s book has also sparked controversy. This is largely due to her account of how women were treated on the PLATO team, which is just one of the few early online learning projects discussed in her book (read more about the controversy here).

Deep learning continues to transform nearly all fields from finance to transportation to education. In The Deep Learning Revolution, Terrence J. Sejnowski offers an accessible introduction to deep learning. He examines how deep learning, once an arcane academic field, went mainstream, and how it will continue to impact our lives over the coming years. Sejnowski also has the authority to write about deep learning: In the 1980s, along with several other researchers, he challenged the prevailing logic-and-symbol-based version of AI to introduce a version of the technology driven by data. His new book, published by the MIT Press earlier this year, is a comprehensive history of deep learning’s development since the 1980s and an insightful commentary on its potential future applications.

Anthony Seldon, the author of more than 30 books, usually writes about British history and politics. In his new book, he has chosen to tackle a different subject: the current education revolution. Of specific concern to Seldon is the need to explore how educators and schools are going to keep up with the arrival of AI. In many respects, the book is a call to action. As stated in the description, “This book is a call to educators everywhere to open their eyes to what is coming. If we do so, then the future will be shaped by us in the interests of humanity as a whole – but if we don’t then it will be imposed by others.” The Fourth Education Revolution also explores a series of urgent questions: Can AI move us beyond the factory model of education? Can AI reduce the time educators spend engaged in administrative tasks? Most importantly, can educators avoid AI, and if they do, at what cost? Meticulously researched and provocative, The Fourth Education Revolution is a compelling read that raises new and pressing questions about the future of education. 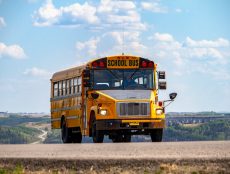