To many, edtech, distance learning, and remote work offer the ability to level the playing field for less affluent communities around the world. An initiative at Whitehorse High School in San Juan County, Utah, is trying to make that happen for young community members, many of whom belong to the Navajo Nation, by training them in virtual reality (VR) and entrepreneurship.

Community and family represent big priorities in the Navajo Nation. That makes employment a tricky issue for San Juan County youths who come of age in a community that doesn’t have many jobs to offer. Led by the Indigo Impact Initiative, the community’s center for VR and entrepreneurship marks an effort to train Whitehorse students so that they can enter the workforce as tech professionals without needing to leave home.

“Kids think that when they graduate, they will make money, but at the same time they’re thinking about being home,” said Ramsey Seweingyawma, math and coding teacher at Whitehorse High School, according to a release. “But there are no jobs here.”

According to the 2010 census, roughly one third of the Navajo Nation is under 18. Unemployment, meanwhile, stood at 40% and the poverty rate was 38% at the time of the census.

Joining Indigo on the initiative are Lobaki Inc. and ClearCenter Inc. Lobaki specializes in both VR and entrepreneurship. Based out of Jackson, Miss., the company plans to hire Whitehorse students who graduate with distinction from the VR certification program.

Meanwhile, Indigo is leading a separate entrepreneurship program that hopes to train Whitehorse students more generally on the ins and outs of setting up their own business.

“Bringing Virtual Reality and programming tools into our district will create generations of students with new and marketable skills,” said Aaron Brewer, Director of Technology for San Juan School District, in a statement.

Kit Mantz, Secondary Schools Supervisor and CTE Director for San Juan County added, “The most important part of this program is that it could potentially create new jobs locally so that our scholars would not have to leave our communities and county to find employment opportunities that pay well.”

Besides the VR and entrepreneurship training center, a programming school is also in development.

Natalie Randall, Director of Economic Development and Tourism in San Juan County says, “Overall, the goals and values of this program will be an integral piece that contributes to a strong and sustainable economy and community for San Juan County.”

The entities leading this effort received a grant from Talent Ready Utah. Indigo has also received support from Target Training International and the San Juan Foundation.

“The assessment of the student gives the guidance counselor a summary of who that student is, the things that are important to them, some of the concerns that they might run into, and some key questions to ask,” said CTO Chris Kalish in a previous interview with eLearning Inside. “Let’s say your high social. One of the questions prompted for the counselor would be, ‘what are the causes that are most important to you?’ Then the counselor understands that they can focus an educational paradigm around that student through that type of motivator. They can say, ‘Oh you’re interested in helping and being able to produce clean energy. Okay, we’ll create a science program around that in terms of clean energy so you can understand photovoltaics, wind energy, so you can understand hydroelectric and all the other things that go hand-in-hand with that. And then they tailor their curriculum based on what motivators are driving them.” 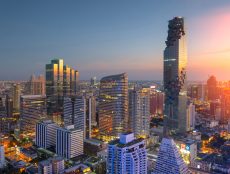