As one might expect, the majority of attendees at InstructureCon 2019, Instructure’s annual conference, fell somewhere along the spectrum between happy Canvas users and full-throated Canvassadors. Many had arrived to learn about new features, new learning tool interoperabilities, and how they could put their learning management systems (LMS) to work in the classroom. But while these Canvas fans wanted to push the envelope with platform capabilities, other stakeholders present had just made the switch. These recent switchers often report a common phenomenon: Even though their institution rigorously tested Canvas with their faculty and decided it’s right for them, certain stakeholders still didn’t want to accept the findings and make the switch.

The details behind this paradox, however, differ widely. Some technical directors needed to guide their institutions through the conversion. Others led internal testing and pilots, parlayed with administrators, and made decisions that had the potential to affect the job security of their colleagues.

In 2017, the Virginia Community College System (VCCS) began a review of their various LMS in use. As numerous contracts among different VCCS campuses were up, the state decided to make a system-wide switch to a new LMS. After more than a year of research, VCCS decided on Canvas.

Recently published research by Columbia Teacher College Senior Researcher Fiona Hollands and Research Assistant Maya Escueta indicates that this is the norm with edtech adoption. Most universities they surveyed opted to conduct their own internal piloting and demonstrations rather than relying on independent, academic, or vendor-provided research.

The VCCS process of switching over began last summer.

Instructional design specialists Erin Mills and Gannon Nordberg were in charge of the transfer at Lord Fairfax Community College (LFCC). The team presented their experience during a breakout session at InstructureCon.

“Once the decision was made, it was our job to take the faculty and students from point A to point B,” Nordberg said.

Both Mills and Nordberg were challenged by the switch. But they also saw a huge amount of potential in Canvas.

“One thing I really like about Canvas LMS is that it has a built-in accessibility checker,” Mills said. “That helps bring accessibility to faculty’s attention to double check. Do they have alt-texts for images? Do they have the font and color scheme that’s appropriate for their classes? Particularly, as a lot of our courses go from in-person to online, that’s important to me in promoting and ensuring that all students have access to the content that’s being created.”

Despite these pros, many faculty members were quick to point out the same con: they were comfortable with Blackboard and didn’t want to switch.

“We still see some resistance,” Nordberg said. “Change is hard for everybody. It was hard for us in the beginning. We see faculty struggling with the same things that we struggled with early on. So we’re trying to get everyone to the other side as quickly and as painlessly as possible. Because we have seen the light on the other side, we know what opportunities it provides.”

Challenges also arose as the semester progressed. After initially poling their faculty and students in January, just 16.7% of users reported difficulty or negative experiences with the platform. But when exams rolled around in May, that figure jumped to 41.7%. The experience highlighted how adopting a new LMS doesn’t happen over the course of weeks or even months. It may take semesters or years.

Butler University, a private liberal arts institution in Indianapolis, Ind., was a longtime Blackboard user. Then, in 2012, they made the switch over to the open-source Moodle and elected to go the self-hosted, self-supported route. The institution reviews their LMS every five years. When Thomas Janke was appointed director of the Center for Academic Technology in 2016, they were coming up to the end of this period.

“We were also starting to get feedback about the clunkiness and usability issues with Moodle from certain faculty and students,” Janke said.

So in the fall semester of 2018, Janke and his team launched three separate pilots. They tested Canvas, Brightspace by D2L, and the latest version of Moodle, each with separate faculty and student groups.

“Canvas was the clear winner,” Janke said. “It came down to user experience, workflow, and features. There were some out-of-the-box features that were really easy. Students liked how easy it was to find things, to get notifications, how they could do their ‘What-If’ grades from their gradebook. They loved the mobile experience, which was deplorable on Moodle.

“For us, it was really important that faculty voice was heard. With institutions like Butler, faculty governance is huge. Faculty involvement is hugely important.”

Despite the widespread agreement among the Butler stakeholders who tested Canvas out, others didn’t want to switch. Janke says that some of these had good reason to resist.

“They were the power users on Moodle who could really subvert and go under the hood on the LMS and really leverage its capacity,” Janke said. “Moodle is very powerful, but you have to know what you’re doing with it.”

Transferring from Self-Hosted to the Cloud Has Other Implications

This decision had high stakes beyond user experience. His team spent a good deal of their week taking care of Moodle upkeep. Switching to Canvas Cloud, which is deployed and hosted by Instructure, brought along with it both a higher cost and less LMS-related work for the IT staff.

As a small-to-medium-sized Midwestern private liberal arts university, Butler bucks a trend. Their undergraduate enrollment has increased steadily over the past ten years from 4,505 in the 2008 fall semester to 5,489 in 2018. (Their graduate population has also increased.) Most of their competitors have seen their fortunes go the other way, and enrollments are projected to decline nationwide through 2025. That means belt-tightening in one form or another.

But Butler has yet to encounter this. Potentially as a result, Janke’s team didn’t experience any cuts during the switch.

“I was proud of our institution,” Janke said. “It wasn’t so much about cost-savings in terms of reducing payroll. It was about, ‘We can repurpose these people into more strategic initiatives.’ There are plenty of IT projects, and they can put those people to work.” 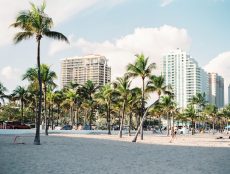 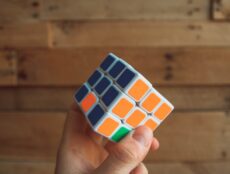 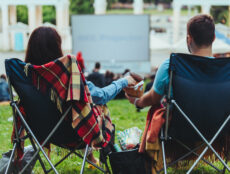