Kangarootime, a Buffalo, N.Y.-based provider of early childhood education support software, announced on October 30 that it had raised $3.5 million in Series A funding. The round was led by Cultivation Capital, a St. Louis-based VC firm.

Kangarootime was founded by Scott Wayman in 2015. He was inspired to launch the company after his parents unexpectedly passed away before their time and he was left to adopt and raise his youngest brother. During that process, he became acquainted with early childhood education and saw an opportunity.

Kangarootime has wide-ranging capabilities. It allows parents to do things like message with their kid’s teachers and care providers, receive emergency updates, and stay informed about their kids’ daily activities.

The app also tracks a comprehensive set of data and provides reporting dashboards for both administrators and parents.

“We built Kangarootime to help schools serve families, never knowing that there was so much valuable data to help our customers build bodies, minds and souls,” Wayman said in a statement. “Our next chapter is about helping our customers become data-driven and use actionable intelligence to become better educators.”

Including the latest funding round, Kangarootime has raised $5.4 million to date, according to Crunchbase. Other investors include 43North, Tech Coast Angels, Mucker Capital, and Skyview Ventures.

With their Series A, Kangarootime plans to launch new enterprise and education products in 2020. The company also plans to scale business operations and hire staff. As part of the deal, Cultivation Capital’s Heather Wood will join Kangarootime’s board.

“Cultivation is thrilled to add Scott and the Kangarootime team to our portfolio. With Scott’s proven success and passion for solving the problems of early childhood centers, we know that Kangarootime will be able to serve the specific needs to centers everywhere,” says Heather Wood, Kangarootime Board Member and General Partner at Cultivation Capital, in a statement.

But that is not to say that these products and services are not needed.

In 2016, experts from the U.S. Department of Education and the Department of Health and Human Services collaborated on a report titled “The Integration of Early Childhood Data.” The document describes both the possibilities and challenges of collecting and using early childhood data.

As the authors write, “Despite many important federal, state, and local investments in early care, education, and public health, many young children do not receive the support they need to be adequately prepared for school. In fact, achievement and development gaps can be detected in children as early as nine months of age, and these early health and educational disparities often persist throughout a person’s lifespan. Early investments in health, family support, and high-quality early learning opportunities have been shown to provide both short- and long-term positive impacts on children’s future outcomes that can provide long-term benefits to society.”

While Kangarootime’s capabilities do not directly address each of these issues, data and analytics and other digital capacities have the potential to do so. 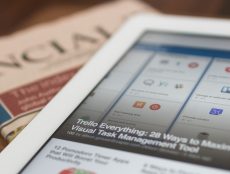 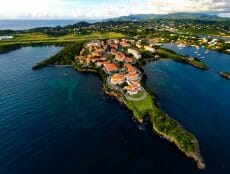