If you only speak one language, learning how to speak another can feel pretty intimidating. However, learning German as a native English speaker already puts you in a good position to understand Germanic grammar. You can increase your learning speed in many other ways.

What Affects How Quickly You Learn German?

It’s difficult to give an accurate timeline for how long someone may learn a language. Like other skills, the rate at which you learn German depends on several factors, including the following.

English and German are a part of the Germanic language family, meaning they share similar characteristics. English uses the same grammar structure as German, meaning you can translate a word and place it back in the same word order without changing the sentence.

According to Tomedes, the hardest languages to learn are those from Germanic language families, which are Icelandic, German, Dutch, and Danish. It would require studying these languages for around 500-750+ hours to achieve proficiency.

The German language is not overly complex to native English speakers, but due to its noun genders and wide range of compound word vocabulary, it is ranked category II in the FSI ranks, which language learners will have to study for about 750 hours to become proficient. After the English language, it’s not surprising that German is one of the most influential languages at an academic level and in the global market, which you can also read about on their German language translation page.

A Roman language, like French, requires English speakers to learn grammar and masculine/feminine conjugation before the sentence can even start to make sense.

For this reason, English speakers will learn German much faster than French. In fact, it takes a native English speaker an average of 30 weeks (750 hours) to become fluent in German.

Techniques and methods are more beneficial to the learning process than the time you put in.

The most effective way to improve your communication skills is by speaking to a native German speaker; that’s why Lingoda’s online German courses are so practical. Online language learning classrooms that help you practice pronunciation with native speakers are very valuable.

That doesn’t mean that using mobile apps, watching movies, or reading textbooks is ineffective, but it won’t produce fast results. You can start practicing your reading comprehension and listening skills when you’re more familiar with the language.

Learning a new skill requires repetition and mileage. Both require a lot of time and commitment in the long haul. Based on pure math, a person who dedicates 10 hours of language learning per week will learn German faster than someone who reads at a pace of 30 minutes a day.

Mileage is as important as repetition, but mileage can’t be artificially produced. You need to consistently make language learning a priority and dedicate time during the week to brush up on your skills, even if you’re fluent. If you don’t speak German, you’ll eventually lose it.

Becoming 100% proficient in a language is virtually impossible, especially in German. Germanic languages are famous for adding specific words for very specific feelings. “Wanderlust,” a German word meaning “a strong desire to travel,” is a famous example of this phenomenon.

To understand the level of proficiency you’re striving for, ask yourself why you want to learn German. Is it to travel? To get a job in Germany? To translate books from German to English?

While they’re all great reasons to learn German, each example requires a different level of fluency. German is considered one of the most useful languages, so conversational German may not be your ceiling. The more German you learn, the more opportunities you’ll have.

Are you serious about learning German? If you’re not, you’re going to have a hard time pushing past the complex parts of language learning. Like other skills, you’ll eventually plateau, and the number of words you learn in a day will grind to a halt. Will you be able to push past it?

At the same time, your ability to learn a language can be affected by learning disabilities. ADHD and dyslexia can cause you to take twice as long to learn German, but don’t get discouraged. It’s still very possible to teach yourself a new skill, but you’ll need more practice than your peers. 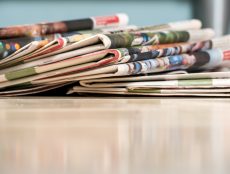 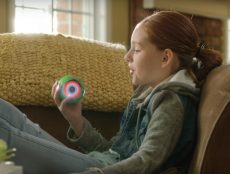