On December 17, Gloat (formerly Workey), the developers of an AI-powered workforce development and HR platform, announced they had raised $25 million in a Series B round led by Eight Roads Ventures, an investment firm supported by Fidelity.

Gloat maintains offices in New York and Tel Aviv. The company says they plan to use the funds to expand their operations in both cities “with an ambitious hiring plan.” Eight Roads Ventures were joined by Intel Capital, along with PICO Partners and Magma Venture Partners, who had participated in Gloat’s previous funding rounds. The Series B brings their total funds raised to just under $35 million.

Gloat’s value proposition is to make the current employment landscape in a given industry or sector more transparent to both employers and employees. Their InnerMobility platform informs workers about how their education and job prospects compare to others in similar positions and matches them with potential projects, companies, teams, and jobs where it appears they’re set up to succeed. They can access this info and grow their network with the company’s mobile app.

In turn, the platform delivers insights to businesses about how the dynamics of their teams—size, experience, salaries, benefits, etc.—match up with others. It also allows managers to post jobs and projects for employees to fill.

The impetus to develop the platform came from the emerging trend that skilled workers are spending less time in a given role. Professionals today are more inclined to switch jobs and even careers than previous generations. That presents a challenge for management and HR departments that want to train or invest in their team.

“Our technology solves a problem that costs large enterprises on average $400 million annually in costs associated with retention, while increasing employee satisfaction – a win-win by everyone’s standards,” said Gloat CEO Ben Reuveni, in a statement. “As the first in our field, we are proud to be leading the way in helping enterprises evaluate their workforce, as individuals with unique skill sets and ambitions pave the way to maximize output while also increasing employee engagement. The momentum we’ve achieved in the last year and the increasing demand we’re getting from the market proves that our solution is at the forefront of the future of work.”

The company highlights their work in a case study of their partnership with Schneider Electric. The company has over 150,000 employees in over 100 countries around the world. Schneider HR workers, needless to say, have their work cut out for them. The company says it isn’t uncommon for HR to spend three or four weeks looking to fill roles or assign projects.

What’s more, they found that, among workers who left for other jobs, roughly half said their reason for leaving was a “lack of visibility and access to career opportunities.”

By allowing managers to post jobs and projects, however, the company managed to fill those openings much quicker. They say their adoption rate after two months was 65%.

These points might make it seem like AI is beginning to turn HR departments into AIR departments, and automating jobs away from humans. But at least broadly in the U.S., that is not the case.

According to the Bureau of Labor Statistics, HR workers have great job prospects, and their field is expected to grow at 7% over the next 10 years—faster than average. With a typical education level of a bachelor’s degree, HR professionals earn a median salary of $113,000 per year. 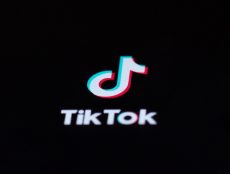 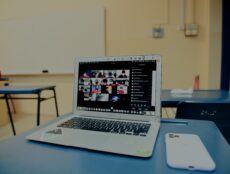