Arizona State University (ASU) and Sprint announced on October 22 that the two have laid plans to bring 5G mobile service and a corresponding IoT network to the Grand Canyon State. Working together, ASU and Sprint plan to lay the foundations for a digital infrastructure with the aim of fostering “economic, educational, technological, and social growth” throughout the state of Arizona.

That sounds ambitious. While part of the initiative will include expanding Sprint’s 5G service to rural areas of the state, the majority of the collaboration will focus on research and development on ASU campuses.

At ASU itself, Sprint says it will make its 5G service and Curiosity IoT network available for use and investigation by ASU students. It will also invest in numerous research efforts.

The two entities plan to launch ‘Curiosity University,’ a research arm that will be dedicated to using Sprint’s IoT framework to develop its uses. A primary goal of this academic wing will be to investigate the uses of blockchain in IoT development.

There are also plans to create a “Sprint 5G Incubator at ASU’s Novus Innovation Corrido,” according to a press release, and to pursue further joint research efforts. The two parties did not provide further detail about Curiosity University or the planned incubator.

“The Internet of Things is driving the fourth industrial revolution right before our eyes, changing how we interact with everyday items and increasing the possibilities of technology and data,” said Ivo Rook, senior vice president of IoT and product development. “We are proud to work with Arizona State University to help create an entire smart region ready to pave the way for the future.”

“Our collaboration with Sprint exemplifies the broad benefits of a university-corporate relationship,” said Sethuraman Panchanathan, executive vice president, ASU Knowledge Enterprise. “The entire university community and those throughout the greater Phoenix metropolitan area will benefit directly from this collaboration by having access to Sprint’s network and through the educational and research aspects that will usher in new innovations in technology.”

Beyond the ASU campuses, the two parties also plan to create a “Smart State model” that will serve as an investigation into how companies, universities, and government bodies can work together to improve lives by bolstering digital infrastructure.

Besides the initiatives mentioned above, this includes participating in the Greater Phoenix Smart Region Consortium, which shares the similar goal of improving digital infrastructure in Arizona cities.

A final bullet point on the press release announcing the initiative is ‘Rural Expansion.’ According to the document, “The state of Arizona, ASU and Sprint will aim to bring high speed connectivity to areas of Arizona that are underserved.”

In recent years, largely under the direction of President Michael Crow, ASU has transformed itself into a center of technological innovation. The institution has largely done so through a willingness to partner closely with private companies. For example, the public university has widely collaborated with Amazon—investigating the potential of their Echo Dots and Alexa technology in dorms and holding hackathons to develop uses of their products.

The ASU Knowledge Enterprise initiative has seen 126 companies launch with products or services developed at ASU. Combined, these have attracted over $700 million in outside funding. 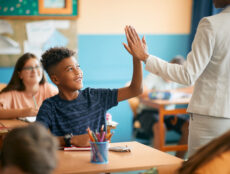