English language learners (ELL) are entering U.S. schools at all grade levels in increasing numbers. To ensure these learners succeed, it is critical that they become fluent in English. While traditional language instruction has struggled to successfully teach every student, language eLearning apps and software promise to help ensure ELLs don’t slip through the cracks. A recent study by the American Institutes for Research (AIR) found that Voxy, an adaptive web-based language learning platform, significantly increased proficiency amongst students when used to supplement instruction.

The amount of ELLs has grown significantly in recent years. Over 1 in 5 (22%) of California’s current K-12 student body are considered ELLs. That figure is 17% in Nevada, 15% in Texas, and significant in practically every U.S. state. In higher education, the number of international students doubled between 1994 and 2014. Many of these learners arrive without a sufficient command of English and struggle to earn a degree.

While these learners share one quality in common, they make up a diverse population and could benefit from individualized education. What’s more, the stakes to deliver this learning are high. According to the AIR authors, “one study (Razfar & Simon, 2011) used longitudinal data to analyze the course-taking patterns and language outcomes of Latino ELLs in one large California community college system. Despite students’ reported intentions of developing basic academic and career skills (65%), most never advanced beyond the proficiency level at which they started (63%). After just two semesters the majority of ELL students (62%) had dropped out, and after five semesters 85% had dropped out. Similarly, Government Accountability Office data show that, on average, only 40% of postsecondary ELLs advance in English proficiency levels each year. The remaining 60% either drop out or continue to attend classes but do not advance (Kennedy & Walters, 2013).”

Voxy is a language learning platform that strives to support learners’ proficiency. Using adaptive machine learning, it tailors instruction to the individual and focuses on where learners are struggling to progress.

AIR used a quasi-experimental study to test its the benefits of Voxy at Miami Dade College (MDC). The study used a total sample of 317 learners who were enrolled in MDC language courses. 156 students were placed in the treatment group and 161 who had entered language courses the semester before were used as control. Almost the entire sample group (98%) were native Spanish speakers and 93% received Pell Grants.

The learners who had the benefit of Voxy demonstrated better proficiency than their peers. According to the authors, “Adjusting for background characteristics, students with access to Voxy gained an average of 92 points on the Voxy Proficiency Assessment (VPA) between pretest and posttest, compared to only 19 points for students in the comparison group. This statistically significant gain in English language skills translates to an effect size of 0.41 and corresponds to about 20% of a proficiency level.”

“This research provides much-needed analyses concerning the efficacy of language learning technology and gives us hope that, with the right tools and support, more ELLs can succeed in college and their careers,” said Katie Nielson, Voxy’s Chief Education Officer, in a release. “If Voxy can drive a 20 percent increase in proficiency in one college semester, imagine the impact it could have in four years.”

There are numerous limitations to the AIR study that should cause educators to take its findings with a grain of salt. It was quasi-experimental in nature, it had a somewhat small sample size, most learners were native Spanish speakers, and it was conducted at just one college. Still, the results are compelling.

“This study suggests that educational technologies that provide personalized support for English language learning, like Voxy, can improve student language proficiency outcomes for English language learners,” said Rebecca Bergey, one of the authors of the study and a researcher in the Center for English Language Learners at AIR, in a release. “Learners with access to Voxy’s web- and mobile- platform learned significantly more English in 16 weeks than their peers in the comparison group.” 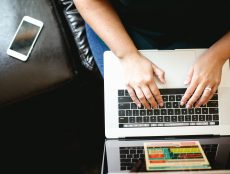 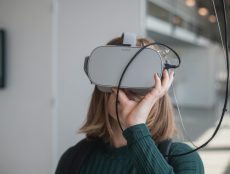