Some today argue that the battle for K-12 classroom devices is over. But a new arena is stirring on college campuses. On August 13th, Apple announced that over 100,000 students at more than one dozen American universities will be able to navigate campus, gain entrance to their dorm, and buy food in the cafeteria with their iOS device. Via the Wallet app in iPhones and Apple Watches, students can simply scan their devices to use a growing number of services.

“We’re happy to add to the growing number of schools that are making getting around campus easier than ever with iPhone and Apple Watch,” said Apple VP of Internet Services Jennifer Bailey, in a statement. “We know students love this feature. Our university partners tell us that since launch, students across the country have purchased 1.25 million meals and opened more than 4 million doors across campuses by just tapping their iPhone and Apple Watch.”

After Rolling Out Last Year Apple Integrations for Mobile Credentials Have Been Made Available to Over 100,000 Students

Apple debuted the feature last year and began testing its use at a handful of campuses. Integrations with Blackboard Mobile Credentials were announced in October. The credentials provider, Blackboard Transact, was sold to Reverence Capital Partners in April and split off into its own separate entity, now known as Transact.

The company so far has a limited amount of industry partners with whom they’ve developed integrations. These include CBORD, a commerce service provider; Allegion, which manufactures smart locks; and HID, a door opening and smart security provider.

These integrations operate via near field communication (NFC) technology. Smartphones across the market come equipped with NFC capabilities and are used commonly for buying things (at stores with NFC readers) around town. Like Apple Pay, there is also Samsung Pay, Google Pay, Fitbit Pay, and Merpay (from Mercari). Some public transportation services have begun using them as well, and Android users can share files between devices with NFC technology.

From a hardware perspective, therefore, there’s nothing standing in the way of huge, far reaching integrations throughout campus life.

Android Devices Have the Same Technology, But Fewer Services

But Apple has moved into the space quicker than others. While Transact allows for some integrations with Android devices regarding their mobile credentials, they’re limited compared to iOS capabilities.

Other services have lagged for Android users. Johns Hopkins University, for example, debuted mobile credentials for iPhone, Apple Watch, and Android last year. While Apple users can make transactions, like depositing money into their campus account, through the supporting app that also allows them to pay on campus, the service is not yet available for Android.

At Duke University, iPhone and Apple Watch integrations were revealed in October. Android services did not follow until January.

This apparent favoritism seems to run against current trends. While Apple holds the largest share in the U.S. smartphone market (Counterpoint Research put it at 39% for Q1 2019), more people use Android-powered devices.

Some, meanwhile, have called smart watches everything from unnecessary to ‘one of Silicon Valley’s biggest mistakes.’ But sales climbed 51% year-over-year during the 12-month period ending in November 2018 to reach almost $5 billion, according to NDP. Apple leads that market, with a share of roughly 50%.

It’s unclear how prevalent these devices are on campus, but for now, mobile credential integrations have been Apple first, Android second. 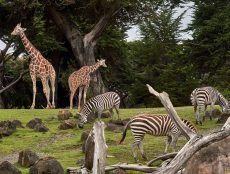