There’s no question that the price of college tuition in the U.S. is sky high. But while it has doubled among private institutions and tripled with public ones, savings for college among American students has decreased. That’s according to a recent poll conducted by Ipsos on behalf of Allianz Global Assistance.

For the annual Allianz Tuition Insurance College Confidence Index, the company surveyed a group of 2,000 American students–prospective and current–along with the parents of each.  Ipsos found that the college savings gap—or the difference between what families have saved vs. what they will pay for college—has only increased. A full 44% of parents and 45% of prospective students reported they have saved nothing to finance their degree.

The average savings stood at $12,937, which marks a 12% decline since the previous year.

The so-called Snowflake Generation, meanwhile, did provide a silver lining to this storm cloud of student debt. Their average savings rose 17% from the previous year to $7,800.

Still, both averages are well below the average annual cost of college, which CNN found to be $23,757 in 2017.

American Students and Families Remain Unprepared to Fund a Degree

The bad news from the Allianz study does not, unfortunately, end there. A large chunk of respondents also report experiencing difficulty in filling out their Free Application for Federal Student Aid (FAFSA). 37% of parents and 41% of students had trouble with it.

Nevertheless, 71% of parents felt they were adequately prepared to pay for their kid’s college education.

“This year’s College Confidence Index draws a clearer picture of how many people overlook opportunities to manage one of the most important investments of their lives,” said Daniel Durazo, Marketing and Communications Director at Allianz Global Assistance, in a statement. “The data indicates financial aid officers at higher education institutions are an important ally for families, especially for those without access to financial advisors. A college financial aid officer can serve a critical role, helping families navigate costs, financing, and, in many situations, options for protecting their investment such as tuition insurance.”

The survey indicates that some magical thinking continues to occur when it comes to funding undergraduate degrees. Average savings only put a small dent in the total sum that will be required of learners before they can earn their degree. And that assumes a four-year completion. A 2014 survey found that just 19% of learners at the public institutions surveyed graduated in 4 years.

With this gap between money set aside, expectations of ability to pay for college, and what the actual bottom line will prove to be, American students and families are set to borrow more.

As Forbes’ Richard Vedder writes, “A large part of the reason relates to the fact that college degrees are becoming less effective as screening devices, information helping employers separate the likely most productive, bright and disciplined prospective workers from others. When nearly everyone has some sort of post-secondary credential and posts high grades (because of grade inflation), a degree from Harvard or the University of Michigan still is highly respected, so their graduates mostly get decent jobs. That is distinctly less true of those graduating from less selective schools.” 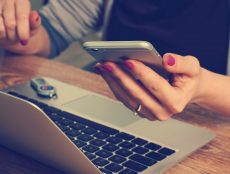 Moodle 3.8 Apps Are Available For Download. Are They For You? 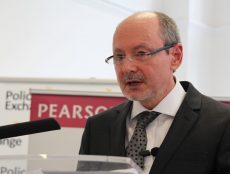