There’s been no shortage of reporting dedicated to the massive and growing student debt crisis in America in recent years. It’s because the problem is difficult to miss – over 45 million borrowers owe over $1.5 trillion in outstanding student loans.

This post has been brought to you by Budget Boost.

It’s also a problem that knows no boundaries, affecting Americans of every race, gender, and political affiliation. Perhaps that’s why today’s politicians are falling all over themselves proposing solutions to the problem. The only trouble is that there seems to be no real consensus as to how to tackle it, with solutions ranging from the radical – like Bernie Sanders’ forgive all debts option – to the underwhelming – like the income sharing agreements being pushed by Marco Rubio.

The only thing that’s clear is that the current system can’t continue as is. But since there’s little chance of many of the well-known student debt proposals actually becoming law (without some kind of radical shift to the left or right in our divided government), it’s likely that relief will have to come via some changes to the system that could happen in the near term. Most involve alterations to the current Higher Education Act, which governs the various aspects of Federal student aid, and which is due to be reauthorized sometime next year. Another is part of a bipartisan bill aimed at addressing the problem for the borrowers in the most distress.

The most interesting effort of all, though, revolves around efforts to prevent students from ending up with school-related debt in the first place. It’s taking the form of a pronounced push by several states to drive down the cost of eLearning to create a cost-effective option for students that won’t leave them with unwieldy loans. Here’s a look at the various Federal proposals, and what states are doing to promote eLearning solutions as an answer to the debt crisis.

Under the current legislation, student borrowers have at least 14 different repayment options for their student loans, and myriad more debt forgiveness options (like loan forgiveness for certain public school teachers). The system is now so difficult to navigate that it would probably require a mandatory undergraduate course to explain it all. That’s the first place that some changes might happen.

A bipartisan group of representatives and senators wants to reduce the number of repayment options down to two. One would bind the borrower to a ten-year monthly payment schedule, which wouldn’t do much to lower the costs to the borrower, but would clarify what they’d need to do upfront. The second option would tie monthly payments to the borrower’s income while doubling the repayment time frame to 20 years. That option would give some relief to students who emerge from school and take some time to get a good job with the degree they’ve just acquired.

Another solution that’s up for discussion concerns ways to reduce the actual costs associated with borrowing money for school. Lawmakers on both sides have expressed interest in eliminating loan origination fees, which add to the upfront costs of securing a federal student loan. Democrats have also proposed lowering interest rates on those same loans and changing the rules regarding loan refinancing for borrowers that want to make changes. That would instantly lower the debt burden for new borrowers and make it easier for existing debt holders to find the best way to refinance the student loans they already have.

The last significant change that may happen in the near term is a new law that would make it possible for student debt to be discharged in bankruptcy proceedings. The bipartisan bill, known as the Student Borrower Bankruptcy Relief Act of 2019, would restore the ability for bankruptcy courts to wipe away both Federal and private student loans, as they can with other types of debt. This used to be the standard operating procedure until a series of changes between the late 1970s and the early aughts excluded all forms of student debts from bankruptcy proceedings. If passed, it would give overwhelmed borrowers a critical option of last resort that could get them out from underneath an unsustainable student debt load.

In recognition of the fact that the rapid increase in student debt is due in no small part to the inefficiencies of the overall education system and the costs students incur while earning degrees, several states are looking for ways to reduce the costs of education in an online setting. They’re doing so because they believe that eLearning should offer a path to lower education costs that can stem the rising tide of debt for many students.

Most of the efforts right now involve making changes to the distance learning fees that schools often impose for their online programs. It is those fees that often make online courses more expensive per-credit-hour than their in-person versions. In fact, Florida actually passed a cap on such fees, before letting it expire one year later. Regardless, the intent was clear. Since then, one state after another has started to look for ways to reduce the costs of online learning for students, representing a critical effort to limit how much students need to borrow to fund their studies.

Relief May be in Sight

If any combination of the changes listed here manages to make it into law, it would represent the first time in what seems like decades that legislators have started to take the side of student borrowers over their creditors (including the Federal government itself). It would also represent a critical first step in the process of unraveling the student debt crisis that’s threatening to seal the economic fates of so many Americans.

At the same time, it’s important to note the role that eLearning might play in bringing down costs and making the higher education system in the US more efficient. Without such efforts, most of the other student debt relief measures would represent little more than shifting the burden of educational costs off of students and onto taxpayers. If nothing is done to limit those outlays, it would just be one more unsustainable education spending plan. Since it will take time for eLearning to change the cost equation, though, it’s completely clear that the system needs immediate changes.

Even the just-resigned head of the Department of Education’s Federal Student Aid program Arthur Johnson has called the system “fundamentally broken” and has called for mass debt forgiveness. That’s especially significant given that he used to run a private student loan company, who themselves aren’t known for being easy to deal with. That could be a sign that the dam is about to break, ushering in these and many other changes to the system. It can’t come a moment too soon. Stay tuned for more updates. 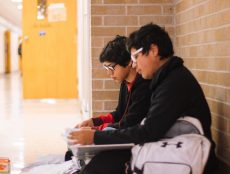 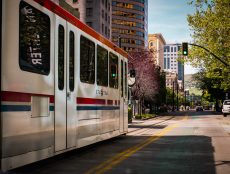 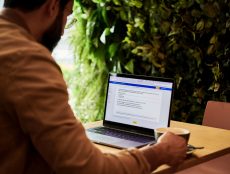