By Sarah Moore and Lauren Tompkins

Crowdfunding, in the most basic sense, is the practice of raising money from a large number of people through any number of internet-based platforms. It has become an increasingly popular way for individuals, businesses, charities and organizations to raise money for specific goals and objectives.

There are a number of crowdfunding platforms out there, but some of the most commonly known sites are GoFundMe, Adopt-A-Classroom, Kickstarter, IncitED and Donors Choose. The popularity of these sites has grown in recent years, and millions of dollars have been raised for the benefit of those in need – including schools, teachers, and students.

The Benefits of Crowdfunding for Educational Purposes

The crowdfunding process is quite simple. A teacher can set up a campaign in minutes and immediately begin to receive funding from all over the world. The funds can be used to raise money for classroom supplies, enrichment programs and field trips, among other things.

Some of the crowdfunding websites raise money and transfer it directly to the teacher or the school. Other websites will raise money that is paid to a specified vendor, who ships the product or good to the school when fully funded. This way, the teacher and school never receive any cash at all.

When it works, crowdfunding can produce large amounts of money very quickly. It can also get that money into the hands of teachers and students who need it the most. Seems simple enough, right?  Hold up, don’t get too excited.  Of course, as with anything that sounds this great, it is a bit more complex for anyone using it, especially for schools.

Crowdfunding can produce substantial risks for schools if not properly regulated, such as confidentiality concerns related to potential Family Educational Rights and Privacy Act (FERPA) violations and liability under the Individuals with Disabilities Act (IDEA). For example, imagine if a public school teacher creates a post asking for donations to acquire laptops for the students. She describes her 10-student classroom in detail, explaining that four students are boys, six students are girls and two of the students are non-verbal. She posts a picture of her students on the page and identifies which students are non-verbal. On her page, she explains the laptops will help with the non-verbal students’ communication skills, prevent further disciplinary issues for those non-verbal students and also generally assist with overall classroom education.

While photographs of students may be considered to be “directory information” under FERPA, posting a picture and referring to the pictured students by their specific disabilities would be a FERPA violation. Additionally, the need for the devices as technology to assist in the proper education of the students, as well as the fact that the students are being disciplined for conduct related to their lack of communication skills, are potentially significant IDEA issues for which the school could be held liable. This same analysis applies to charter schools and private schools covered by FERPA.

In addition to FERPA and IDEA concerns, crowdfunding can cause financial record concerns as it deals with money and items of value. Money received by a school needs to be recorded and deposited properly. This is of particular importance for public schools where such failure can violate recordkeeping compliance laws.

Imagine another scenario where a teacher requests $1,000 for classroom supplies through a crowdfunding site. The teacher sets up the proposal so that the money earned from the campaign goes directly to him rather than the school. Once the money is received, the teacher does not report it to the school but instead uses $500 for the school supplies and puts the rest of the money aside for later use. The school year comes to an end, and the teacher deposits the money into his personal bank account rather than purchase school supplies. Here, the teacher has potentially created liability for the school by having the money given directly to him from the campaign, failing to use the money for the stated purpose and depositing the money into his personal account.

Finally, a school’s reputation can be put at risk through the use of crowdfunding proposals. For example, imagine a teacher posts a proposal asking for donations to help her fifth grade students because the school district “lacks significant funding and does not provide any support to the students and their learning needs.” This type of post undermines the school’s public image, values, goals and objectives, and likely causes people to question the school’s ability to deliver sound education.

Because of these potential legal ramifications, schools should consider establishing a policy either allowing or prohibiting crowdfunding. The easiest choice is to adopt a policy prohibiting any employee from crowdfunding in relation to their employment or school operation. A policy banning crowdfunding should be specific and state that the school does not allow, support, or condone any type of crowdfunding, in any manner and on any platform, and should include a reference to disciplinary action that could result from a violation of the policy. A school choosing to create a policy that allows for and regulates crowdfunding must make sure the details of such a policy minimize the significant risk of allowing this type of activity. The following is a list of suggested best practices for developing a policy that permits crowdfunding:

Crowdfunding is growing in popularity and has become a source of significant funding that is being widely used by the education community. Because of this, schools need to take measures to regulate the crowdfunding by developing a policy that specifically addresses the issue. Schools should also keep up to date on ever-changing legal issues, legislation, and best practices that will inevitably follow as this source of funding continues to grow in popularity.

Sarah Moore is a partner in the Fisher Phillips Cleveland office where she represents employers in labor and employment concerns. She can be reached at [email protected].

As a Title IX investigator, Lauren Tompkins serves as a neutral party to investigate complaints of sex-based discrimination and sexual misconduct in educational institutions and provides a detailed, unbiased report regarding the investigation’s findings. She can be reached at [email protected]. 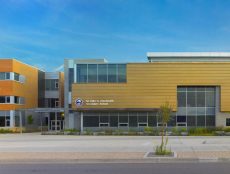