If a college wants to bring a course online today, they might do it one of two ways. Some with more robust computer science or IT faculties might build their own online platform, create their own media studio, and do most of the heavy lifting in-house. Others might partner with a MOOC provider like edX or Coursera, who will help them along in the process. Others still might partner with an online program manager. But the nature of that partnership might vary wildly from institution to institution and OPM to OPM. Some contribute merely their digital architecture intended for hosting online courses. Others perform roles as various as recruitment, event organization, marketing, and course design. The North Amreican OPM market is projected to exceed a value of $2 billion by 2020. This article details the roles some OPMs perform and discusses why some regulators and professors are concerned about how OPMs are affecting higher education.

Options on the Table

In many contracts, the main operative verb might be ‘will,’ as in, “the Service Provider will provide the services detailed below.” In many OPM contracts, however, the operative verb is ‘can.’ To highlight this, eLearning Inside recently obtained the agreement of services contract entered into by the University of Michigan’s Ross School of Business—which is currently working to bring their MBA online—and Noodle Partners, their OPM, via a FOIA request.

One of the services Michigan Ross can ask Noodle Partners to perform is marketing. The contract states:

Supplier and its Subcontractors can support a Program in conducting market research, and formulating and executing against a marketing strategy to attract students into the Program.

All of these services, however, are only on the table. Michigan Ross may not ask Noodle Partners to do all of them, or even more than a few of them.

If one considers Noodle Partners to be a typical OPM, OPMs can do quite a lot. But one might not want to make that assumption. Most estimates of the North American OPM market tend to list between 30 and 40 OPMs. These can vary widely in terms of what services they provide, what programs and institutions they serve, and the scale at which they operate.

OPMs Vary In Size and Scope

According to data compiled by Inside Higher Ed’s Lindsey McKenzie for a June, 2018 article, the OPM Academic Partnerships has worked on over 650 online programs at over 90 institutions around the world. 2U, another major player in the space, maintains 58 programs at 34 different universities or colleges.

While it might be difficult to identify a typical OPM, they do tend to serve many different roles at universities. And in these roles, some have voiced concern that they are given too much control.

In late 2017, faculty at Eastern Michigan University voiced concerns over their school’s contract with Academic Partners. They believed that it marked a breach of their contract, as they were not consulted before the deal was signed. As the President of school’s branch of American Association of University Professors (AAUP) Judith Kullberg wrote in a post that has since been updated, “The EMU administration has taken a wrong turn. Without consulting faculty, EMU administrators have contracted with an out-of-state company to offer EMU-branded degrees entirely online. It appears that much of the actual student contact hours for these online degrees will be provided by online ‘coaches’ who don’t work for EMU and are paid extremely low wages. Our students deserve better.”

The university then entered into voluntary arbitration with the faculty. In early 2018, the arbitrators sided with the university.

The experience of the professors at EMU marks one instance. Most OPM-university partnerships appear to be far more amicable. A 2018 study by education consulting firm Eduventures found that universities that had partnered with an OPM had significantly higher enrollment in their online courses. Still, Eduventures Chief Research Officer Richard Garrett qualifies this data by writing, “just because schools with an OPM partnership have out-performed the market as a group does not mean that every partnership pays off. Some OPM schools have super-charged online enrollment—well over 200%—while others are flat or declining.”

In February, EdSurge ran twin opinion articles. One, titled “How OPMs Are Modern Enrollment Managers” by University of South Carolina President Harris Pastides and Academic Partnerships CEO Randy Best, offered a general ‘pro’ argument. They debunk what they consider to be common misunderstandings about OPMs by the general public. Their four points sound like they were taken from the EMU faculty’s list of complaints. They include the assumptions that “overstate the size and influence of OPMs,” that “universities give up too much academic control in partnering with OPMs,” that OPMs drive up tuition, and that OPMs offer lower quality education.

MindWires Consulting partner Michael Feldstein offered the response with “The ‘O’ in OPM Could Stand for ‘Outsourcing.’” He wrote, “The current fashion to tar all OPMs with the same brush, painting them as greedy for-profit ventures that hollow out unsuspecting universities, is dumb. I understand why Pastides and Best want to push back against it. But the suggestion that any arrangement short of a full-service revenue-sharing relationship is foolhardy strikes me as—forgive me—not any better.”

In edtech, OPMs are jacks-of-all-trades. They might perform roles that the average student would expect —like provide a platform to host online courses. But they also might do jobs that the average student would expect the university itself to do—like design courses, offer counseling, and provide career services. The question, “What do OPMs do?” inspired this article. A more useful question, however, might be, ‘What should OPMs do? 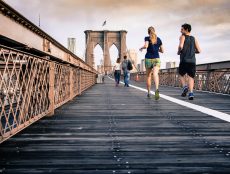