As edtech and eLearning technologies have gone from a novelty to commonplace in education systems around the world, their use has been plagued by a common question: do they work as effectively as traditional instruction? While the question is far too broad to be useful to anyone, a group of researchers recently took a mostly unexplored approach. They wanted to see how learners with different working memory capabilities learned in an online context. What’s more, they identified numerous functions of online modules—such as learning time, repetition of material, and quiz performance—to see if it correlated with working memory.

While the research has intrinsic merits, the authors also believe their findings can be used to help design eLearning features to be more effective and more personalized for all learners. If educators can identify a learners’ working memory capabilities simply through how they learn online, then they can both adapt future online learning content and in-person instruction to better suit each student.

“Predicting Visiospatial and Verbal Working Memory by Individual Differences in E-Learning Activities” was authored by a team of researchers from Umea University and Linnaeus University in Sweden and Hypocampus, a Swedish eLearning developer. It was published in Frontiers in Education on March 17.

The concept and theory of working memory has been taken up by numerous researchers over the years. For the study in question, the Swedish team followed the model proposed by Baddeley and Hitch in 1974. The model posits that working memory is comprised primarily of verbal and visiospatial dimensions.

Two tests have been established to test these. A digit test presents subjects with a series of numbers. Subjects are then asked to recall the numbers in order. This tests verbal working memory. The second—the block test—shows subjects a grid of squares. An image flashes in one of the squares in sequence. Subjects are then asked to repeat the sequence. This tests visiospatial working memory. While both verbal and visiospatial WM have been shown to predict one’s learning ability, verbal has shown an especially strong correlation.

Working memory has also been linked to cognitive load theory.

As such, the researchers predicted that verbal working memory would correlate strongly with habits in an online learning module.

To test this, the researchers gained access to a group of 98 students at Umea University who were using the Hypocampus platform. Hypocampus delivers educational content via text, audio, and video. It also includes a self-testing feature that allows students to check their knowledge before moving on to the next unit.

Going off how students used Hypocampus, the researchers identified 18 components of the learning process. They divided these into four general areas: quiz accuracy, or how students took and performed on quizzes; study activity, or students’ time and behavior while studying; within-session activity, or how much time students spent per session, how much they reviewed, how often they took quizzes, etc.; and repetitive behavior, the number of times a student repeated a task.

The researchers then measured both working memory and student activity on Hypocampus for a 100-day period. At the end of the study, they compared their results.

The Role of Verbal Working Memory in Aspects of Online Learning

As the researchers hypothesized, verbal WM tended to predict certain behaviors of online learning. Their findings with visiospatial working memory, however, were not statistically significant.

As the authors write, “This suggests that those completing more unique reading sessions and those spending more time on reading the materials tend to have lower verbal WM performance. The results also indicate that those who, on average, repeat more previously learned material during a reading session tend to perform worse in the [verbal working memory test].”

A Step Forward in Personalizing Learning

The research presented indicates there are links between a student’s verbal working memory and their online learning habits. While this line of research remains in its infancy, it holds vast possibilities for future technology. In the future, instructors might be able to determine a learner’s working memory and tailor instructional content accordingly.

Testing and recording a learners’ working memory with current means would be tedious and time consuming. But if there’s a strong-enough link established between working memory and learning habits, it’s possible that the former can be ascertained from the latter.

As the authors write, “Being able to identify relevant user activity features that predicts WM and its subcomponents without the necessity to test every single student is an important first step towards personalized e-learning platforms according to students’ cognitive profiles.” 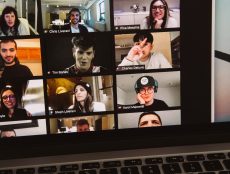 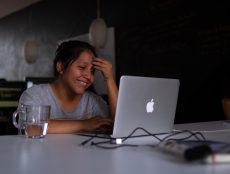 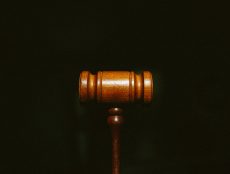