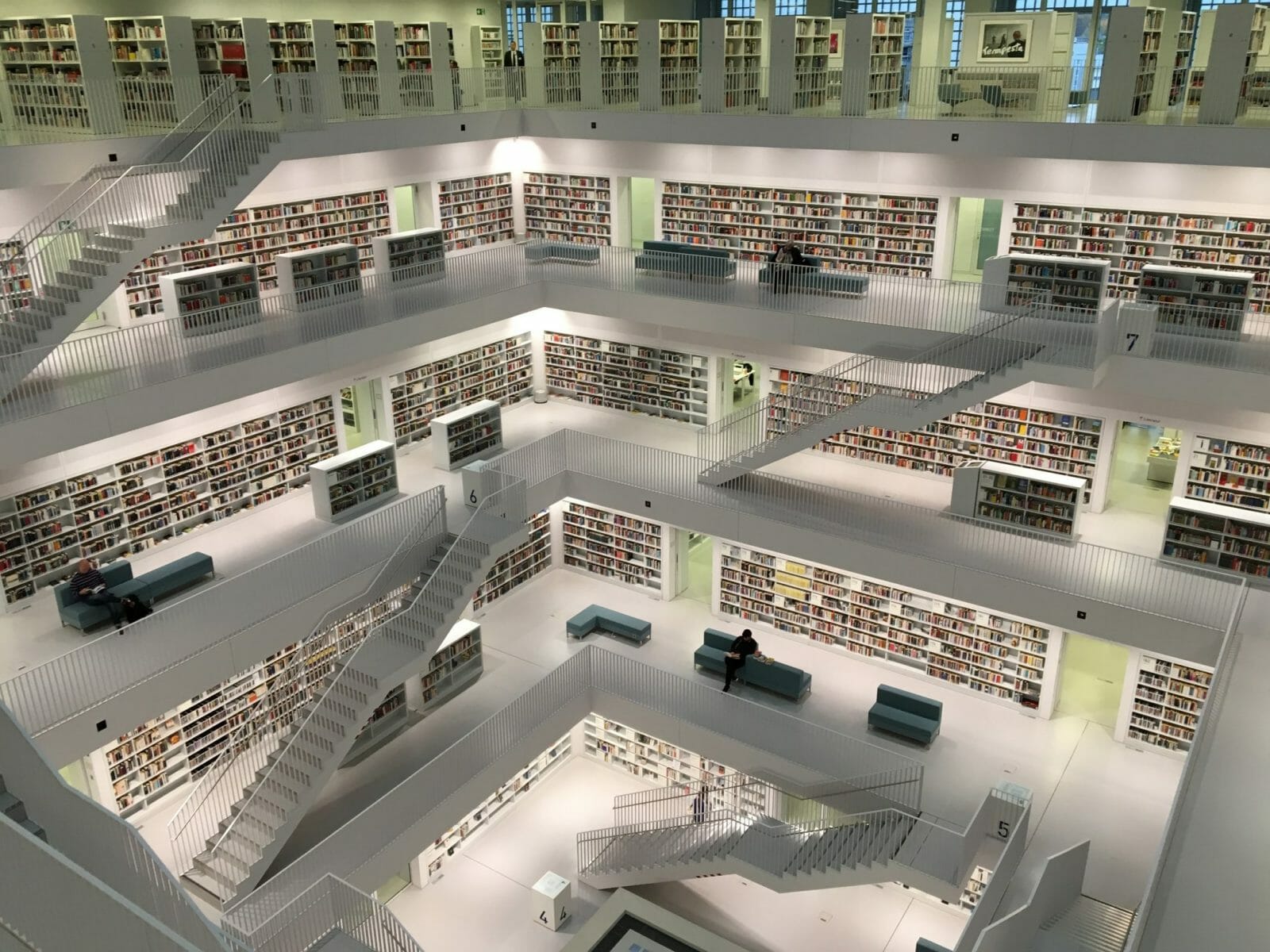 For awhile in the late aughts and early ‘10s, public libraries looked like they were in trouble. Budgets were reduced year after year in regions throughout the U.S., leading to fewer resource acquisitions, cuts in staffing, and decreased hours. And, while libraries remained overly popular in the American public mood, in-person usage began to fluctuate. While 53% of Americans 16 and older visited a library sometime in 2012, by 2015, that figure had dropped to 44%.

A reasonable person might have guessed that libraries would become obsolete in the digital age. Access to information, once available primarily at the public institutions, is now everywhere via computers and mobile devices.

“The internet infiltrated our niche and filled it to bursting,” said Rachel Cobb, a furthering education librarian at the City of Wolverhampton College in the U.K. “We, as [librarians], are no longer extraordinary. As the internet rises, we shrink. We lose who we are.”

Public Libraries, Still Robust, Begin to Offer eLearning as Part of Their Catalogue

But since 2015, public use has rebounded, and Americans at least have begun to seek out public libraries for research, verifiable information, digital literacy, makerspaces, and, with increasing popularity, eLearning. Even more surprising, the most likely generation to use public libraries is the U.S.’ youngest. In 2016, 53% of Millennials walked into a public library compared with 45% of Gen Xers, 43% of Baby Boomers, and 36% of the so-called Silent Generation according to Pew. (University libraries were not counted in the survey.)

In North American universities, a large minority of professors still view online education as prohibitively sub-par to business as usual. And what’s more, it doesn’t appear that group will change their minds any time soon. But at public libraries, one of the most popular new offerings in the catalog is access to MOOCs, online courses, and other eLearning modules. These are often included simply with a library card.

The Monarch Library System, which serves Ozaukee and Sheboygan counties in Wisconsin, has begun to offer Gale Courses, an offshoot of Cengage Learning.  “We are very excited to offer more than 360 online courses to inspire and engage lifelong learning,” said Amy Birtell, director of Monarch Library System, according to the Daily Citizen. “Whether someone is considering going back to school to pursue a degree or just interested in digital photography, the course catalog offers something for everyone.”

In Longmont, Colorado, public library members have recently gained access to Lynda courses (which is owned by LinkedIn), Learning Express modules, and DigitalLearn, which offers classes in basic computer skills.

The Spokane County Library District in Washington has begun to offer courses from Gale, Microsoft Imagine Academy, and Lynda. As Spokane business research librarian Mark Pond told the Spokesman-Review, there are 162 courses just for Adobe Illustrator.

And finally, libraries tend to be popular with minority populations and people of color. According to a separate Pew study, “By nearly two-to-one, blacks and Hispanics are more likely than whites to see benefits in having a library nearby or having better library hours. Americans with a high school diploma or less are also more likely than those with a college degree or more to see these benefits.”

A few things appear to be unambiguous:

The digital age will not make public libraries obsolete. In fact, libraries are increasingly becoming institutions that offer the fruits of tech’s labor. Whether it’s online courses, digital resources, or tools to aid in media literacy, public libraries have adopted eLearning wholeheartedly.

Libraries are in many ways more trustworthy than private and public educators. Their budgets are provided by taxpayer dollars. The operate with large degrees of transparency. And at the end of the day, they’re not selling a product.

In a highly partisan political environment, these institutions are some of the least controversial topics in the U.S. A recent report by the American Library Association, the Public Library Association, and others found, “Analysis shows that 55% of voters2 view the public library as an essential local institution, and 53% as a source of community pride. Fifty-eight percent (58%) feel that public libraries advance education, and 51% believe libraries enhance the quality of life of any community.”

Only 13% of respondents questioned whether libraries were a necessary aspect of their community.

Tech in 2023: 3 Priorities for Education IT Leaders