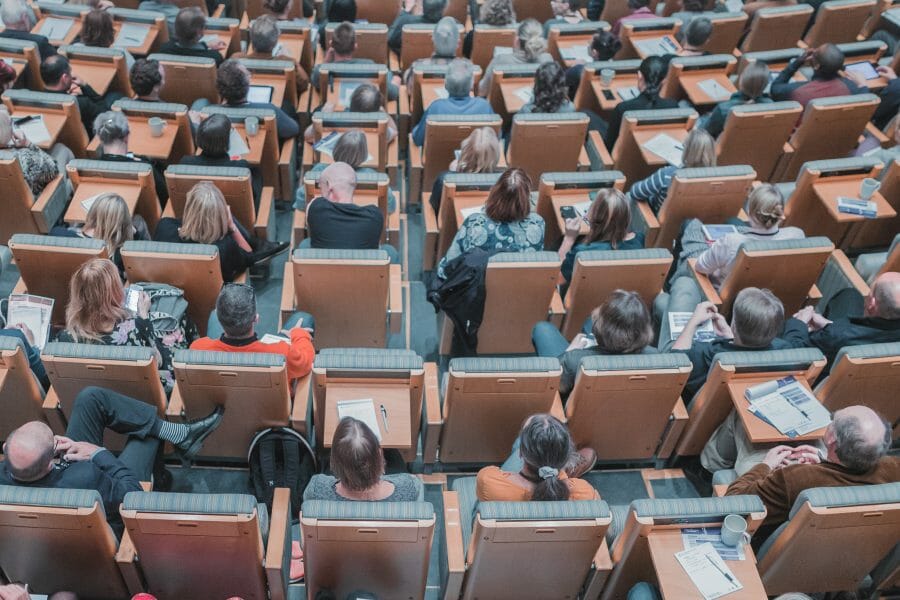 On December 19, ed tech experts gathered in New York City to talk about the future of higher education. Despite the doom and gloom, the panel, moderated by Doug Lederman, Editor and Co-Founder of Inside Higher Education, did offer some hope for higher education’s future. Most notably, the panelist on NY EdTech week’s panel appeared to agree that if higher education can commit to embracing change and innovation, there is hope it will have the capacity to respond to student and employer needs.

The Survival of Colleges and Universities

As reported in Inside Higher Education earlier this year, “It has become trendy to predict that higher education is on the verge of a major collapse, with enrollments falling as loan debt and rising tuition cause students and families to ask harder questions about the value of a college credential. The most extreme predictions envision hundreds and even thousands of colleges and universities closing over a decade or so.” It is no surprise, then, that Lederman opened the panel by asking all five panelists to predict how many colleges and universities they believed would close over the next decade. Lederman confesses, “I’m a moderate. I would say about 7% of institutions will close–mostly small private and regional public.” But not everyone agreed with Lederman.

When surveyed, most people in the room appeared to think that 10% to 20% of institutions will close over the coming decade. The panelists, including Ann Kirschner, a Professor at the City University of New York, Ted Mitchell, President of the American Council of Education, Bob Johnson, President & CEO of The American College of Financial Services, Danial Jameel, Founder & CEO of OOHLALA Mobile, and Michael Hansen, CEO of Cengage Learning, however, were generally less wiling to put a number on their predictions.

Innovation Will Need to Become a Prioritize

Not everyone on NY Ed Tech Week’s higher education panel was pessimistic. Mitchell of the American Council of Education, said, “I think American has the finest higher education institutions in the world, but I think that we have a really bad system of education.”

Kirschner from the City University of New York suggests that fixing the system will rest in part on imagining new types of partnerships and roles for higher education:  “I think we’re going to see lots of different kinds of relationships between colleges.” But Kirschner added, “The institutions who are going to fail are the one’s who don’t understand they need to not just graduate students.  It can’t be that as soon as you finish your degree, your degree starts to depreciate. Your degree is going to need to gain value over time. Higher education is absolutely essential, but we need to talk about the willingness of higher education to change and embrace life-long learning.”

Kirschner suggests that resistance to change, however, isn’t the only problem facing higher education. “Something like 80% of college freshmen say they are going to college for a job. There is something wrong if we take their money and then don’t get them a job. Until recently, if you got a college degree, you were fit to get a job, but as more employers search for candidates with algorithms, they are looking for skills not degrees. So, I think the biggest problem facing higher education at this moment is losing the confidence of employers.”