Teachers today have access to technology and instructional tools that were mostly absent from classrooms just a few years ago. While well-versed in pedagogy and learning modalities, many may not be so familiar with some media that has recently begun to revolutionize digital learning. Third party instructional designers have long helped to deliver lesson plans and assessments to teachers, and recently, some of the same companies have begun to connect the dots between older styles of teaching, rigorously tested pedagogy, and emerging technology.

But for just as many others, creating these pathways and modernized teaching supplements has proven unreconcilable with the bottom line. In its latest annual report, Pearson—the U.K. based education giant—announced, “we have concluded the strategic review of our US K12 courseware business and have classified the business as held for sale.”

As CEO John Fallon told the Evening Standard, speaking about the instructional design division of his company, “It is one of the least profitable parts of the business, it is textbook led and much less advanced than other parts of Pearson. It does not fit within with our digital transformation strategy.”

TenMarks, a digital learning designer that specialized in elementary math and writing, was acquired by Amazon just over a year ago and shuttered just months later, practically over night. The move was so sudden, in fact, that many districts which had signed on to TenMarks services had been training their teachers to use it on the same day of the announcement. What’s more, the company’s products were considered popular and effective by the teachers that used.

On the other end of the spectrum, Nearpod focuses entirely on supplemental instructional design. They have managed to gain the support of teachers around the country and have recently signed a partnership with the International Society for Technology in Education (ISTE), which creates what many consider to be the definitive teaching standards when it comes to combining education with technology. Premium Nearpod features are now available to ISTE members. As of the 2017-18 school year, Nearpod lessons have been used in 60% of U.S. school districts to some degree.

The company also partners with publishers like education.com, PhET, and ReadWorks to author digital learning supplements and lesson plans. Using a range of tools, teachers can choose from their library of over 6,500 teaching aids and edit and alter them to suit their needs.

The company has also recently launched compatibilities with the more popular learning management systems (LMS), such as Canvas, Blackboard, and Schoology.

Uptake in the teaching community, furthermore, has increased dramatically. “We have over 4,000 teachers within our Nearpod certified educator PioNear program,” said Jennie Kristofferson, VP of Content Strategy. “They are actively within their social media groups sharing their best practices and discussing how they can be advocates within their schools and districts. But also, if you just look at Twitter, we have over 40,000 followers and you’re also going to see a lot of sharing there.”

The company’s practices show just how fine a line one needs to walk when it comes to successfully designing supplemental instruction. Nearpod brings together a team of in-house instructional designers who work with publishers to develop ink-and-paper lesson plans into a learning experience infused with new technology.

To begin, digital learning designers must work within the mandates set out by federal and state learning standards, which tend to change regularly. Following No Child Left Behind, the Every Student Succeeds Act, “began granting flexibility to states regarding specific requirements of NCLB in exchange for rigorous and comprehensive state- developed plans designed to close achievement gaps, increase equity, improve the quality of instruction, and increase outcomes for all students,” according to the Department of Education. With the rollout of ESSA taking full effect this school year, learning standards have increasingly become a state-by-state issue.

“I’ve been in the education industry for 20 years, starting off as a classroom teacher. I became went a district level math coordinator and then I worked for large publishers like Pearson and Amplify,” Kristofferson said. “The idea of content standards in its various forms from national to state-level have been a persistent thing over time. We all thought Common Core and Next Generation Science Standards (NGSS) would solve our issue of having one set of standards to build for, but [negotiating changing standards] has been in existence since I was in the education industry and well before me. If you’ve been in this industry it’s just part of the job.”

But Kristofferson says that working with the standards produces an improved end product.

“The great thing is that there are a lot of providers out there that can help find some common touch points among states as well as national standards so that we can really build in a smart way. That helps of the process itself. There are common themes and shared concepts that exist across standards that are evergreen. If we look at the ESSA standards, in order to be college and career ready, and that’s the ultimate goal with these standards, you’re going to see a a common theme of citing evidence across multiple texts. We’re looking at those critical skills that span across both national and state priorities so that we can meet as many end-users as possible.”

From there, Nearpod turns to teaching methods and lesson frameworks that have been proven to be effective by teams of researchers. Often, these teaching styles have been developed for a 20th century classroom and have not been applied to digital learning.

“We’re always looking for best-in-class content that could become a full lesson plan or can be just rich multimedia assets that teachers would benefit from,” Kristofferson said. “We start with a teacher’s root content and then we layer on learning experience design through our lesson delivery format. We’ll take it and ask, ‘What research-based instructional model can we use?’ If you think about a science teacher, they’re often going to use something like the 5E instructional model. We take that model and see what kinds of simulations and media we can use with it.”

Filling in the Gaps

Kristofferson sees Nearpod’s role as that of translator, bringing tested methods and modalities from one medium to another. It might seem simple to some to bring in digital teaching supplements. But often it marks a radical transformation in teaching.

“Often when I’ve observed teachers who are trying to go 1 to 1 with digital learning, they throw everything they know about best practices out the window,” Kristofferson said. “Because it’s a new tool that’s unfamiliar. I’m a former math coordinator and I would introduce new math manipulatives, things like pattern blocks or algebra tiles into the classroom. Because it was  new, you’d often see teachers stymied a little bit in terms of how they should teach.”

“I find technology to be nothing different. I put an iPad or a Chromebook in front of teachers and it’s a new tool. They’re then focused on the new tool versus the instructional design. They’re trying to figure out how to integrate it in. Nearpod, through that learning experience design, integrates that research-based instructional model so that they are using what they know and what’s familiar. Then we lay on things like text transformation models like the SAMR model or tech integration matrix for what the ISTE standards are. That’s really at the heart of it.” 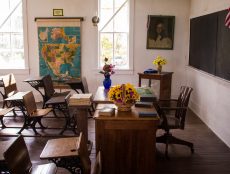 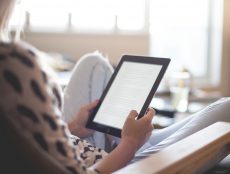