What if the novels you teach or read in class weren’t purely fictional? What if you could follow a protagonist as they journey through their chapters and acts? When Bay Area high school English teacher, Jerome Burg first encountered Google Earth, a lightbulb popped up above his head. He was at an education-oriented conference at Google’s Mountain View campus, and various designers were presenting their creations to discuss whether or not they could have a place in the classroom.

“They were running us through all these presentations in front of a small group of people, telling us what they were doing,” Burg said. “And they had told us when we walked in that they were going to give us an assignment. I was a little taken aback at that. This was long before Docs, Google Drive, and all this stuff. This Google Earth guy came up, and his first slide had a line going across the top of the United States. And I raised my hand and said, ‘What’s that line?’ And he said, ‘Oh that’s the path tool. You can draw lines anywhere you want.’”

“In that second I thought, ‘That’s the project I’m going to do. I’m going to map out literature.’ I was a high school English teacher. I’d taught Grapes of Wrath a million times. I went off immediately and just started playing with Google Earth and creating the place marks of where the Joad family traveled.”

This idea soon became Google Lit Trips. And it went far beyond merely mapping out the route the Joad’s took West.

“With the place marks, you can add in whatever you want, like text, images or video. There’s this teaching strategy called ‘Just in time teaching.’ (For example, instead of providing 100 vocabulary words before you start reading something, you teach a vocab word in the moment that it’s used. There’s more of a direct connection.)”

“[Steinbeck] will talk about this famous gangster called Baby Face Nelson. Who’s that? Well, you get there in the novel and there’s a link [on the Google Lit Trip] that sends you off to learn about Baby Face. Some people thought he was a Robin Hood type hero, other’s thought he was just a gangster.”

“There’s another scene where the family is working in the field and the grandmother writes up a shopping list. In the book, they had to buy from the company store which was very common in those days. The company store would give you very little and charge you very much. There’s a map point for that which says something like, oh you thought things were cheap back then? Well let’s do the math. It took six men six hours each to get the money to pay for that shopping list. Then we guestimate what it’s worth today. And then you realize if it took those men that much time, they were getting paid just about nothing an hour.”

Burg knew he was really on to something, and so did his colleagues with whom he shared his trips. But it took some time for the idea to spread.

A Free Resource for K-12+ Classes

“When I was building this site, I’d have 10 visitors a day, all of whom were me. And then in a few months, an educational Blogger will Richardson found out about what I was doing. And all of a sudden, there were 450 people visiting. And that wasn’t just me.”

Things took off from there, Burg landed a fellowship. He started receiving awards. He got covered by public radio international.

It also didn’t take much for Google Lit Trips to grow. Burg has always sought to offer them for free and to allow anyone to contribute. (“That was my plan, take them if you want them.”)

While he does vet each trip, his site has gone on to host lit trips designed by teachers and students at K-12+ levels.

“Once I got two emails in one week. One was from a college professor who said, ‘Did you ever think about doing one on Dante’s Inferno?’ Well, Google’s done a lot of mapping, but they have not mapped Hell yet. The other one was from an elementary school teacher who wondered if I’d ever done The Hobbit.”

To take a lit trip yourself, you need only visit the Google Lit Trips site and navigate to ‘Request a Lit Trip.’ Type your email, and you can request any of the offerings.

“Knowledge is a good thing,” Burg said, “but knowledge plus wisdom makes a big difference.” 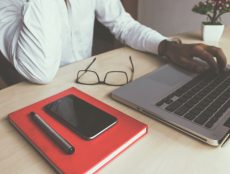 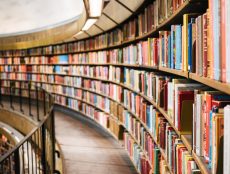 ProQuest Announces Plans to Revamp Library Acquisitions and Services Under One Platform, Rialto 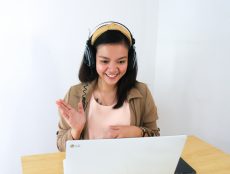