While it isn’t as widely known in the U.S., GeoGebra currently has somewhere over 100 million users worldwide. Management can’t be exactly sure. Besides an additional 10 million or so through various commercial partners, GeoGebra’s apps all operate both on- and offline. In many cases, an app downloaded onto one device will be used by entire classrooms.

This is the first of a three-part interview.

Founded by Markus Hohenwarter, GeoGebra’s suite of apps offer powerful math tools that generally combine geometry and algebra. The apps offer an interactive geometry environment in 2D and 3D and can be used for anything from advanced graphing and differential equations at higher levels all the way down to classifying quadrilaterals for elementary grades.

“Like all great ideas, it started as a Master’s thesis,” said Stephen Jull, GeoGebra COO and CFO. “It then went through iterations as a PhD project. At that point, Markus Hohenwarter started getting a lot of attention because it was an interesting mash up of ideas—taking geometry and algebra and, hence, GeoGebra.”

“This was back in the day in the early 2000s before there were new ways of thinking about calculators online and offline. It was quite revolutionary. So there was a lot of attention at the time, a lot of big companies were paying attention to what he was doing. He was getting some pressure to join some of the more established tech institutions around those efforts.”

Hohenwarter did not take that course. As a free, open-source downloadable application with the ability to deliver greater computing power than an advanced traditional calculator, GeoGebra went viral in the early years of the  Web 2.0. With absolutely zero budget for marketing and advertising and no monetization scheme in sight, the software spread along teacher networks into classrooms throughout the world.

Besides software, it was soon grow into an online community, where users uploaded unique uses and lessons with the app.

And despite the huge initial growth in users, “Markus [Hohenwarter] stayed true to his vision,” Jull said, “which was to level the playing field in mathematics worldwide through maintaining this open project that was intended to be available for all teachers and students so that anyone could, without barriers of finance or access, be able to use tools that were as powerful as any university professor would have access to.”

During this time, Hohenwarter completed his postdoc studies at Florida Atlantic University in 2009 and went on to chair the Department of Mathematics Education at the Johannes Kepler University of Linz in Austria, his home country.

Jull met Hohenwarter and GeoGebra’s long time Lead Developer Mike Borcherds while studying at Cambridge through a mutual friend, Zsolt Lavicza. “Then we started chatting about, well ‘how do we make this project’—which then had a couple million users way back in the day—‘into a sustainable project where we actually had a budget to build the project out, and even just support server time? “Up until then, it was self-hosted,” Jull said.

In answer, they came up with a business model that is nowhere to be seen in the edtech startups of Silicon Valley—then and now.

GeoGebra Holds an Even Keel While Offering Powerful Math Tools

To begin, they set up a non-profit entity, which would serve as the main focus, carrying out Hohenwarter’s democratized vision. To support this, they created a commercial entity to license their API to publishers, platform providers, and other large networks seeking to use GeoGebra at scale. They’ve also developed device partners and signed deals to handle mass installs with countries around the world.

Recently, they signed their largest client to date—China.

“We’ve been used by 10s and 100s of thousands of people in places like China for years, but it’s only recently that we’ve formed a relationship with the Peoples Education Press,” Jull said. “And now we’re the engine which is enabling them to deliver their whole ebook agenda and service across all of mainland China, which is really exciting for us. We won’t let it distort our user numbers (there are something like 200 million students in K-12 education which is double the number of GeoGebra users we currently have).”

“But it’s interesting to start working on such a scale with such a large partner and it really challenges us to make sure the software is compatible.”

Under different leadership, all that user data would be mined and aggressively leveraged. But according to Jull, that will never happen at GeoGebra. It would run counter to Geogebra’s vision.

Modeling challenge #4 w/in @geogebra #AugmentedReality or 3D GC – #MTBoS: Why not have Ss find a traffic #cone & build it in either platform? How do we ensure the cone base fits perfectly along circle w/in the square base? 🤔 #ITeachMath #Math #HSMath #CollegeMath #Maths #ARKit pic.twitter.com/krROPwQTmf

In the years since he came on board, GeoGebra has developed mobile apps, expanded across operating systems, and introduced the current cutting edge of AR in math education with their recently released GeoGebra Augmented Reality. Soon, the group will release another app that allows for a virtual workspace which will eventually allow for multi-party collaboration. A follow up article describing these efforts will follow next week. 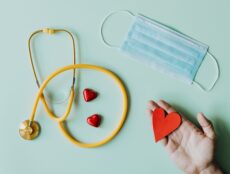 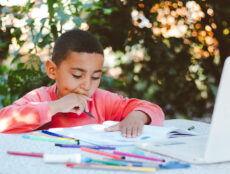 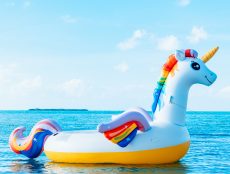