On Tuesday, Blackboard, the one-time largest proprietary academic LMS provider, announced that their much-troubled premium product (Learn Ultra) is being used by 115 institutions around the world. Their cloud-based Learn SaaS, furthermore, now counts 500 institutions and organizations as clients. That might not sound altogether news-worthy, but considering Blackboard’s cloud-ops and especially their Ultra product, it’s noteworthy at the very least.

In the early- to mid-2010s, Blackboard was behind the curve. As cloud computing and services became widely and affordably available, the company continued to stick to its proprietary guns, banking on the same strategy that had kept it afloat for over a decade. While the small but growing cloud-first Canvas LMS by Instructure was gaining clients, Blackboard remained a server-based service.

The Checkered History of Blackboard Ultra

It wasn’t until BbWorld 2014 that Blackboard’s CEO Jay Bhatt announced the company would be offering its LMS via the cloud as their Learn SaaS product. At the same time, they also announced their UX overhaul, Ultra. 2015 came and went. Bhatt was replaced by Bill Ballhaus. In early 2016, the company announced their cloud-based Learn SaaS. About six months later, the company released their Ultra ‘educator preview’ which raised a few eyebrows and, by mid-2018, Blackboard claimed they had over 60 Ultra clients. But as Phil Hill of the e-Literate blog discovered at the time, many of these clients were only using the Ultra navigation feature and not the full product.

Hill sub-titled a separate post compiling e-Literate’s coverage of Blackboard Ultra in September of 2018 by writing ‘Is it ready and does it matter?’

According to Blackboard, at least, Ultra appears to be ready. It should also come as no surprise that the new clients Blackboard is signing are choosing the SaaS model.

“We are thrilled that so many of our clients are now reaping the benefits of our robust cloud-based LMS solution, in many cases building on the benefits they already get from our other SaaS solutions, and we’re seeing growing interest in the SaaS deployment as clients recognize that they can seamlessly make the transition without causing disruption to students or teachers,” Ballhaus said in a statement. “We have also nearly doubled the number of clients who are implementing the new Ultra experience, a clear example of the growing momentum Ultra is having around the world, thanks to an increasing number of functionalities and unmatched flexibility that allow institutions to further adapt the LMS to their specific needs.”

The Blackboard press release also notes that South Korea and China have proven key regions when it comes to signing new clients.

In his rundown mentioned above, Phil Hill goes on to describe how Ultra will likely only seem attractive to institutions that have never used Blackboard before. Learn SaaS, however, may be a good option for existing clients who have yet to migrate to the cloud.

As he concludes, “In the end, Learn Ultra is partially ready and does matter, more so in the future, but the Learn SaaS migration matters much more today. This answer is a real improvement over the situation a year ago and even from the beginning of this year, but it is still a far cry from a simple yes and yes answer that Blackboard would like to have.” 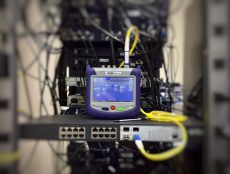 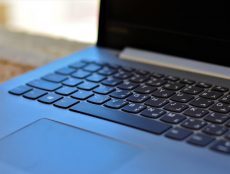