Student advocates have continued to send letters to the U.S. Department of Justice demanding that they block the proposed merger between education publishers Cengage and McGraw-Hill. While most arguments have cited antitrust arguments based on the consolidation of market share, the Scholarly Publishing and Academic Resources Coalition (SPARC), took the argument further on August 14. In their own letter to the DoJ, the group argues that the McGraw-Hill Cengage merger “is a step toward forming a monopoly over higher education data.”

SPARC’s letter makes many antitrust arguments that others have voiced. Based on company-reported data, they say that Cengage and McGraw-Hill have a market share of 21% and 24%, respectively. Combining them would create an entity that holds a 45% market share. Pearson, meanwhile, has a market share of 41%, and, if the merger goes through, the two companies would all but dominate the market.

The companies, however, refute this assessment. “The sources of higher education content, and the means of distributing that content, have expanded significantly over the last ten years,” a spokesperson representing both companies said. “As a result, Cengage and McGraw-Hill have experienced a steady reduction in their higher education shares. Given the increasing number of alternatives available to faculty and students, the companies estimate that the merged company would account for only 18% of all student course material decisions. This is because: (1) Cengage and McGraw-Hill together account for no more than 30% of higher education adoptions; and (2) even in those courses where each company’s materials have been adopted, students often turn to a variety of “white space” alternatives.”

The companies consider ‘white space’ alternatives to include renting, the used market, piracy, and instructor-created materials. Consideration of these factors is contested by the student activists.

The implicit belief behind the contested calculation of market share is that, with more control in the hands of fewer companies, students lose out. There become fewer parties that could challenge an incumbent’s decided price points and services.

Company representatives believe the McGraw-Hill Cengage merger will not bring this about.

“The merger will offer students more options, not fewer,” a spokesperson said. “The core rationale for this merger is to offer students even more value and more affordable textbooks and course materials. There are countless digital rental options available through channels such as Amazon and Chegg. This merger does not make those great resources disappear. It provides students with additional options for unlimited access to high quality content at a more affordable price. It’s also important to mention that the industry has already trended toward digital learning tools as an increasingly popular source of content for classrooms across the globe. This trend is industry-wide, and our merger will not change what’s already underway.”

SPARC Director of Open Learning Nicole Allen does not buy this argument.

“The prices of print textbooks versus digital textbooks—they’re not comparable,” Allen said via videoconference. “Publishers certainly are claiming that they’re reducing costs by offering digital subscriptions. But that’s not offering a lower price on the same product. It’s offering a different product, or a different method of accessing the product, at a different price.

“This is one of the key points that students and institutions need to recognize. The industry is trying to shift us from a model where students are able to purchase and own knowledge to one where they rent it. We can definitely see why publishers would want to do that. If they’re in full control of when anybody, anywhere gets access to material, and can turn it off when they want, that gets rid of the secondary market, which is the only recourse students have had to be able to save money.”

An Antitrust Argument Based on Data Collection

SPARC, furthermore has also included considerations of data collection capabilities in their letter. There is no precedent in U.S. law or DoJ policy that specifically supports this argument. But SPARC believes that current trends are in their favor.

Earlier this month, three U.S. senators signed a letter to dozens of edtech companies and data brokers–including Cengage and McGraw-Hill–voicing concerns and demanding answers to a set of questions regarding student data collection practices.

Assistant Attorney General Makan Delrahim, meanwhile, launched a wide-ranging probe of tech giants to “consider the widespread concerns that consumers, businesses, and entrepreneurs have expressed about search, social media, and some retail services online,” according to a July press release.

While data collection practices were not mentioned in the release, many believe that the issue will be a central focus in the probe.

SPARC: The McGraw-Hill Cengage Merger “Could Give Rise to the Facebook of Higher Education”

Cengage and McGraw-Hill’s proposed merger is a far-reaching and potentially irreversible step toward forming a monopoly over higher education data. Cengage alone claims to provide course materials to 11 million of the 20 million students in the U.S., and the 139 strategy of the merger is focused on transitioning the market to digital and expanding its customer base. After a decade of struggling to entice individual students to choose digital 140 textbooks over the secondary print market, the expansion of inclusive access fees is switching students over by the classroom. The all-access model furthers the potential 141 data collecting opportunities by giving students access to more content and bundled services. While the initial strategy behind the aggressive shift to digital is clearly to increase revenue by eliminating the secondary market, it seems clear that data is part of the long-term plan. With the proposed merger, the potential data empire to be collected is at least twice as big, and can be collected faster given Cengage’s first mover advantage in the all-access subscription market.

This language tends to be highly conditional, and it is not clear to what extent either Cengage or McGraw-Hill have leveraged the data they collect.

But Allen says that’s no reason to set one’s mind at ease.

“We don’t know the consequences of what can happen when a potentially giant company is in control of a lot of data,” Allen said. “The law is still being settled. That makes it very important to think about these questions on the front end of any action that could allow something like Facebook to arise in the education data market.

“I would point to the scholarly publishing industry as a potential analogue. The largest publisher, Elsevier, has already rebranded itself as a data and analytics company. Their core business is data and analytics. The textbook publishers haven’t gotten to the same place because the market still uses a lot of print. So the data they’re able to collect is not as comprehensive yet.”

Besides Antitrust, There Are Other Concerns Over Data Collection

Beyond these antitrust arguments against the McGraw-Hill Cengage merger for data collection practices, SPARC also raises other concerns with the practice, such as the risk of data breaches, along with issues of algorithmic bias.

For example, they point to a breach that Pearson, currently the largest educational publisher operating in the U.S., acknowledged in July. Some personal data of 13,000 individuals was accessed.

“Unauthorized use is not the only issue here,” Allen continues. “We need to start thinking a lot more about authorized uses, and which should be allowed. Authorized use can be detrimental and even violate the law. Really what this concerns is the use of algorithms to classify students. These are questions that arise any time we’re using algorithms.”

Many worry, for example, that algorithmic bias could begin having a detrimental effect in education.

As the SPARC representatives write to the DoJ:

Incorrect analysis by an algorithm can, quite literally, impact a student for the rest of their life. For example, if a student gets wrongly tagged by adaptive learning software as a particular type of learner, they may be counseled to take specific classes, avoid certain majors, or receive content presented in a certain way that affects their grade point average. Information collected through algorithms can also affect other products offered by the same publisher or potential third parties. For example, Cengage Unlimited includes a set of career tools designed to help students look for jobs. What if Cengage used information 153 gleaned from a student’s use of course materials in order to customize career tools, potentially affecting what opportunities they consider? Worse, if this data finds its way, legally or illegally, to prospective employers, it may wrongly disqualify some students from being hired in certain companies or misclassify them in other ways.

To tie things back to their antitrust angle, they argue that preserving competition would allow for others to provide the public with a product that would not resort to these measures.

Precedents Exist, But Times Have Changed

It is unclear to what extent this argument will hold water with the McGraw-Hill Cengage merger. The DoJ has a history of intervening in mergers and breaking up companies in both the tech and the education publishing industry.

Speaking at a conference in Israel in June, Assistant Attorney General Delrahim said, “as the Microsoft case and other enforcement actions involving digital technologies show, we already have in our possession the tools we need to enforce the antitrust laws in cases involving digital technologies.  U.S. antitrust law is flexible enough to be applied to markets old and new.”

The department also took action in 1998 when Pearson sought to acquire the educational publishing department of Viacom, and required the company to divest of its products in markets where the companies directly competed. The same occurred when Cengage acquired Houghton Mifflin’s higher education holdings.

But for most intents and purposes, these deals occurred in the print era. They mostly involved print products. Now that both companies have vastly expanded beyond print titles, offering platforms on which one can access all of them for a subscription, along with many other digital learning tools and course supplements, their proposed merger demands new considerations.

Correction August 21, 2019: An earlier version of this article stated that Cengage and McGraw-Hill were reached for comment, but did not follow through with a scheduled interview. It has since been determined that technical issues prevented this interview from happening. Company statements have since been included. 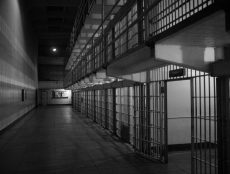