Some would argue that their own success got the better of them and some would say that money and power corrupts. The fact remains that a number of America’s A-listers were involved in one of the most public college admissions scandals in recent memory.

This post has been brought to you with support from EduBirdie.

Even the ivy league schools can fall victim to opportunism and corruption. Maybe the scandal is a symbol of some deeper problem that exists in the American education system and with society as a whole.

Here we are going to look at some of the main reasons why the so-called operation varsity blues happened in the first place.

How Did the Scheme Work?

Administrators of the SAT and ACT college exams were paid a healthy sum of money to look the other way when someone else pretended to be a student and take the exam for them. In other cases, the real students took the test, but their papers were fixed and answers were altered.

Some of the students faked some learning disabilities and wrote their exams where officials were paid off. This allowed them to take the exams under “special” circumstances.

The parents who forked out the cash, paid anything from $15,000 to $75,000 to participate in the cheating scheme. The mastermind behind the operation was William Rick Singer, the CEO of the college prep company, The Key.

33 Parents over the course of 8 years, paid over $25 million in bribes to get their kids into some of the most prestigious colleges, including Yale, Georgetown and Stanford.

One of the main reasons why this scandal was able to go on from 2011 to 2018 was because of our society’s obsession with status. There is no denying that when one of the top schools that were involved in the scandal appears on a resume, it is treated with some kind of reverence.

These colleges do offer an outstanding education and they are widely known for their prestige, but it does create an environment where only the elite who can afford these schools can obtain a qualification from them.

It begs the question: what the point of getting into one of these schools? Is it to get a decent education? Or is it to be able to say that you went to a popular school?

There are students who work hard, practice, and prepare for the entrance exams the right way. Some also seek help from tutors and academic advisors to help them gain an edge.

Money Is the Root of All Evil

During the 2000s, Singer’s organization was not doing bad. By 2005, his total annual revenue from his legitimate clients was around $ 1 million. Singer was an ex-high school and college basketball coach in the 1980s.

Needless to say, the revenue that he was making was not enough and he spotted a gap. He provided elite couples with what he called the “side door” entry into elite schools. He knew that the parents would do just about anything to get their children into the top colleges and he charged accordingly to set up the college cheating scandal.

Lori Loughlin allegedly paid nearly $500 000 to get both of her daughters into USC by getting onto the rowing team. Tao Zhao, the chairman and co-founder of a multi-billion pharmaceutical company, paid around $6.5 million to secure a place in at Stanford.

The world that we live in is cut-throat and if you want to get somewhere in life, you have to do whatever is necessary, or at least, that is what many people believe.

These parents had the means to get their kids into these schools and they were going to get the job done, no matter what. The fact that they showed their kids that dishonesty is OK as long as you don’t get caught is probably the worst part of the scandal.

Most of the kids involved in the scandal never even knew that their parents had bribed officials, whereas other kids must have known. If you have never played water polo in your life and get accepted into Stanford in a water polo scholarship, then you have to have known. The problem is that the word is out and now these kids have to live with the consequences.

There is a big problem in the American schooling system and it is driven by money and status. It doesn’t often happen that a person who came from nothing ends up at Harvard, Stanford or any other Ivy League school.

So many talented kids drop through the cracks because they never had the opportunity to get ahead. Others pave their future with the money of their parents. However, now that the whole affair has been uncovered, these kids will always be seen as cheats, whether they were aware of their parent’s involvement or not. 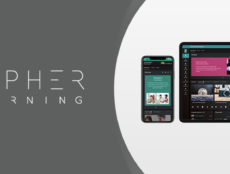