Educators, parents, and policymakers would do well to understand these trends, all of which point to a desire on the part of the public to fundamentally rethink American education in favor of personalized curricula, practical skills, and subject mastery and away from standardized testing, college prep, and a one-size fits all model.

“The COVID era fundamentally altered the way most of us view education and what our kids should get out of it. The K-12 educational system is wildly unresponsive to what parents and children actually want,” said Todd Rose, co-founder and CEO of Populace.

“Americans don’t want ‘better’; they want different. They want a way out of the one-size-fits-all approach driven by standardized testing models and elite institutions making us compete in a zero-sum game and instead an educational framework geared towards individualized learning, practical skills, and preparation for a meaningful life.”

For the study of over 1,000 individuals, conducted with cooperation from YouGov and data analytics firm Gradient, respondents were given 57 priorities for K-12 education and ranked them using a conjoint analysis that forces them into tradeoff scenarios and avoids the distorting effects of social influence. Key findings include:

About Populace Populace is a Massachusetts-based think tank dedicated to building a world where all people have the chance to live fulfilling lives in a thriving society. Populace’s private opinion research offers new insights into what Americans actually believe, with polling methodologies that reduce social pressure and bias found in traditional public opinion collection.

About Todd Rose Dr. Todd Rose is the co-founder and CEO of Populace. He was previously a faculty member at the Harvard Graduate School of Education, where he founded the Laboratory for the Science of Individuality and directed the Mind, Brain, and Education program. Dr. Rose is the author of the bestselling books Collective Illusions, Dark Horse, and The End of Average.

Amazon’s Alexa: Your Next Teacher 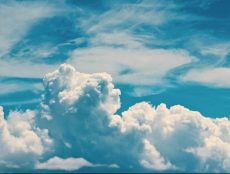