VR headsets as we know them today have been around for just over six years. Educators and instructors have begun to use them for a wide variety of functions and applications. Following this trend, more and more academics have begun to investigate their uses. A review of this literature was recently published by researchers from the University of Alberta, Edmonton. “Head-Mounted Display Virtual Reality in Post-Secondary Education and Skill Training,” by Brendan Concannon, Professor Shaniff Esmail, and Associate Professor Mary Roduta Roberts was published in Frontiers in Education on August 14. Their findings provide a panoramic view of the VR post-secondary education and skill-training landscape.

The review identified 119 relevant academic reports and 38 experiments. Of these, 35 were found to bring about positive outcomes of some kind. But as will be seen, the incentives, applications, and effects of each VR educational application varied widely.

Following a successful Kickstarter campaign in 2012 that raised nearly $2.5 million from roughly 10,000 funders, the Oculus Rift was brought to market in March of 2013. The headset launched a new generation of head-mounted display virtual reality (VR) devices. These VR viewers and consoles have been put to various uses, and education forms just a slice of that pie. Within educational applications of VR, their uses for skill-training and post-secondary education are even narrower.

Because of this development, the researchers decided to confine their search to the period between 2013 and the present. In their conclusion, they acknowledge that some relevant principles, findings, or theories regarding education and VR might be available from before 2013. But they justify their decision with the rapid advancement in VR technology during the early 2010s that changed the game.

By some definitions, head-mounted VR dates to the 1950s. VR technology in the 90s and 2000s could both present a virtual environment and respond to users’ movements in order to create the sensation of inhabiting a virtual space. But latency between sensing users’ movements and the display tended to shatter the suspension of disbelief and made VR experiences less effective. That changed with the Oculus Rift and other models.

The authors identify three general qualities that typify current VR experiences: immersion, interactivity, and imagination. While those first two are fairly straightforward, the researchers describe the imaginative quality of VR as “the extent of belief a user feels is within a virtual environment, despite knowing he or she is physically situated in another environment.”

Others have described VR environments as those that bestow a sense of presence to the user. That presence is highly subjective, but some have theorized that it has physical, functional, and psychological dimensions.

The authors stress that, while these qualities are often at work in VR experiences, they need not all be present or working to the same degree.

How Much Has VR Been Studied?

The authors conducted two searches of a variety of databases with numerous different keywords. The first occurred in October 2017, when 874 reports were initially identified. After a vetting process, which involved removing duplicates and other measures, 58 made the cut.

A second pass was conducted in January 2019. With this second pass, another 61 reports were added, bringing the number of total reports to 119. The authors note that this marks a “105.17% increase in eligible immersive VR literature in post-secondary education in the span of 15-months.” While it forms just two points in time, these findings indicate that research of VR in post-secondary and skill training has been accelerating rapidly, to say the least.

Most of these VR teaching tools were put to use in the fields of science and technology (52), followed by health sciences (49). Next came arts and humanities (16), military and aerospace (3), and various (4). Within each field, applications tended to vary widely.

Why Was VR Used?

VR has legitimately been found to increase user engagement and interest. In other words, learners tend to get more excited about subject matter when engaging with it in VR. But the technology also has many other concrete advantages. The authors of the survey identified these as:

The authors conclude with a long discussion of ‘curricular recommendations’ made by the various reports they discussed, along with detailed considerations to take into account. There is obviously much work still to do in the field of VR in post-secondary education and skill training. But the base of knowledge surrounding the technology has begun to be established. 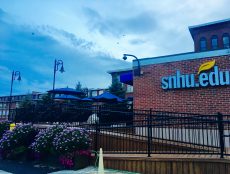 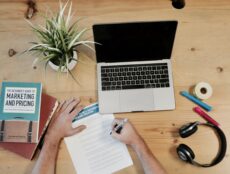 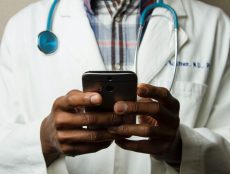