Many like to say that math is the universal language. But common sense appears to indicate otherwise. Put more specifically: one might expect students who speak two or more languages to learn more effectively when studying math in their first language. That should also hold true for educational math apps. While it looks good on paper, the subject had never been formally studied until recently.

This month, researchers Laura Outhwaite, Anthea Gulliford, and Nicola Pitchford published what they believe is the first comparison of learning outcomes from a learning app delivered in different languages in the same school. “Language counts when learning math with interactive apps” was published in the British Journal of Educational Technology.

Their results provided two preliminary conclusions. First, learners using the app made significantly higher improvements than those receiving traditional instruction. Second, those learning in their native language of Portuguese made more progress and experienced a greater effect size of the intervention.

Testing the onebillion Math App in Portuguese and English

The researchers conducted their experiment among a group of kindergarten learners (aged five and six) at a bilingual school in Brazil. Instruction is delivered regularly in both English and Brazilian Portuguese. The learners were generally more proficient in Portuguese. While the context might seem highly specific, educators around the world frequently teach classes in which many languages are spoken, and the study’s conclusions bear wide consequences.

The app the researchers tested was developed by onebillion, a U.K. non-profit specializing in learning apps offered in numerous different languages.

Due to practical limitations, the researchers did not randomize their test groups, but instead, kept three different kindergarten classes intact. In the first, the students learned a math unit in Portuguese via the one billion app loaded on to school tablets. In the second, the app was set to English. In the third, which served as a control, students received traditional instruction, which was in English.

All learners were given the Early Grade Maths Assessment (EGMA) as a pre-test. Both the onebillion math app and traditional instruction at the school were developed independent of the test.

After 10 weeks of learning with or without the app in both languages, the students were tested again with the same EGMA assessment.

The researchers found that the learners who used the app outperformed those who underwent traditional instruction by almost double. The EGMA test scores students on a point basis between 1 and 54. After the intervention, learners using the onebillion math app had an average improvement of 9.13 (in Portuguese) and 9.79 (in English), while the control logged an average gain of 5.84 points.

The gains between the English and Portuguese treatment groups were not statistically significant. However, what’s known as the effect size of this improvement did differ between groups.

In statistics, researchers measure effect size to determine the magnitude of a result. The effect size among the Portuguese group was larger because, in the pre-test, they scored nearly five points lower than the English group. In other words, the app made a bigger relative difference in Portuguese than it did in English, though the two groups scored roughly similar average gains.

This conclusion is supported by the fact that, on average, the Portuguese group made it through two more units than the English group on the math app.

As the authors write, “This evidence may suggest that children need to have sufficiently developed language proficiency to access curriculum content and to respond to instruction. In the current study, some of the app tasks may have required vocabulary that extended beyond the children’s current level of proficiency, specifically their cognitive academic language proficiency in the language of instruction.”

When that proficiency was lacking, “vocabulary restrictions may have hindered children’s progress, particularly as the maths apps are self-paced in nature.” These conclusions provide great fodder for further study. 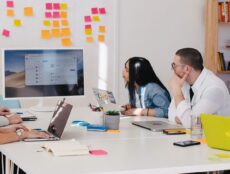 These 8 Colleges Will Debut eSports Teams and Scholarships in 2019 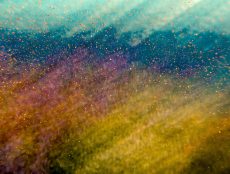