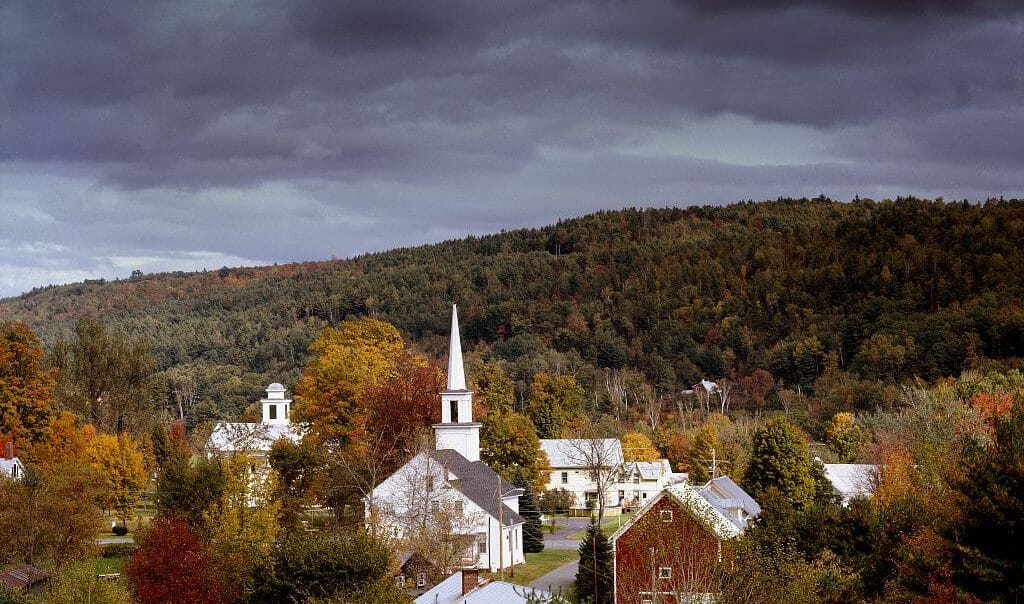 In 2013, a group of educators from around the state of Vermont gathered for a series of workshops and meetings. The work at these gatherings was used to create new guiding legislation for schools in the Green Mountain State centered around personalized learning. Act 77 includes language that many wouldn’t have heard as frequently five years ago. It called for enhanced access to online and blended learning, dual enrollment in other programs, and early college courses. In addition, from grades 7 to 12, it stipulated that schools assess using proficiencies and that every learner establish a personalized learning pathway.

For some schools, these changes would take some time to roll out. With a goal of nearing 100% high school graduation in 2020, Act 77 mandated that all learners in grades 7 to 9 participate yearly in their personalized learning pathway starting in 2014. More years were added in and, as of this semester, all secondary learners in the state are benefitting from the legislation.

Vermont learners have since gained access to approved virtual, blended, and college-level courses at no cost, and they reflect regularly on their path through high school. “Act 77 was very ambitious. It took us several years to get traction,” said Bellows Free Academy Principal Chris Mosca. Implementing a proficiency-based assessment alone has made a huge difference. “In the old system, multiple factors were put into one grade via one number or letter. With proficiencies, it’s very clear what kids need to know and it enhances teaching and learning,” he said.

Still, the transformation has not been easy. Besides getting it accepted by parents and college admissions offices, it requires more work for teachers and administrators. “Grading—we call it scoring now—is really supposed to be a communication,” Mosca said. “Because now there are multiple data points, that becomes a challenge. The other system could communicate something, but it wasn’t broken out into discreet skills and knowledge. Everyone seemed to walk around with some general idea of what a kid can know and do. To record and report it effectively and efficiently is still a challenge.”

A Step Forward, But Sill Unfunded

At South Burlington High School, programs have been in place for years that look a lot like the provisions of Act 77. A group of educators and administrators participated in the Vermont Agency of Education workshops back in 2013. The school offers a series of technical and vocational courses for learners which can be taken for academic credit. They also had a version of a personalized learning pathway in place for freshmen and sophomores.

SBHS Principle Patrick Burke was generally very positive regarding the legislation, but as with anything, there’s room for improvement.

“What’s missing from Act 77—and I wouldn’t be doing a good job if I didn’t tell you this—is that it’s wholly unfunded,” Burke said. “It came with no real institutional recognition that in order to deploy many elements of Act 77, in particular personalized learning pathways and external learning opportunities, there has to be resources affiliated with that or you have to stop doing stuff you’re already doing.”

No services or programs were cut at SBHS, but Burke and his administration certainly struggled to take on the extra work.

What’s more, for students enrolling in approved programs or early college courses, the district is footing the bill. And while courses outside of high school are still catching on at BFA, SBHS is seeing an increasing amount of interest every year.

Allowing Vermont high school students to take these courses was billed as a way to increase access and widen pathways to higher education. But Principal Burke has yet to see that come about. “I have not yet seen dual enrollment as a nexus for college for students who were not otherwise predisposed to it. I have seen early college start to do that a little bit, but we still have our training wheels on. Most kids who are doing dual enrollment in my school right now were probably predisposed toward going to college anyway. I don’t think that’s how it was sold to the legislature.”

This flavor of personalized learning looks far different from tech solutions developed in Silicon Valley, but both Burke’s and Mosca’s schools use software to track learner progress. Principal Burke, furthermore, believes there is a place for adaptive algorithms in education.

“The more highly articulated the curriculum is, the more readily available those technologies will be to schools like mine,” he said. “I mean math, language, maybe music—these are highly articulated curriculums that stack neatly. You can assess a student in a set of skills in mathematics in terms of their knowledge and I think application of that and you can say ok they’re reading for the next thing.”