In the United States and Canada, the graduation rates for Native students often continue to lag behind the over all population. Worse yet, even students who do graduate often don’t pursue postsecondary studies due in part to guidance counselors failing to share vital information about education and funding opportunities. As a result, in some communities, leaders are now wondering if virtual schools might help broaden access for young people. But the verdict is still out on whether or not they are ultimately a viable solution.

The Call for Virtual Schools in Lakota Territory

In late August 2018, Vi Waln, a Sicangu Lakota journalist, published an article in the Lakota Country Times calling for the introduction of a virtual school to serve young people on the Rosebud Reservation, which is located in Lakota territory. Her reasons and words offer a compelling justification for how virtual schools can be used to support students wherever they happen to live.

Waln’s passionate plea for a virtual school appeared on August 30th under the title of “We Need a Virtual School.” As Waln observes, “A number of factors affect our student’s ability to complete school. Our K-12 students might have the hardest time of all in staying in school. There are many stories we hear of bullying. Lots of Lakota people have experienced the bully in person, while others are being emotionally or mentally terrorized online by people hiding behind a computer screen. Some students aren’t looking forward to returning to school because they don’t want to be traumatized by a bully.” Waln also notes that even when parents confront local school administrators about bullying problems, schools often don’t respond.

As a result of growing concerns about school safety, Waln is calling for access to a virtual school. “Instead of prosecuting parents for failing to send their children to school,” writes Waln, “Many of us are looking to the local school districts and our tribal government to work on an alternative to the existing educational system on our reservations.” Waln’s entire editorial is available here.

Although Waln’s concerns are about the specific conditions facing students on the Rosebud Reservation, there is evidence suggesting that these conditions are much wider spread. As reported in a 2017 article in The Nation, “Across the country, American Indian and Alaska Native students are disciplined more than most other racial groups, and they have a dropout rate twice the national average, resulting in what academic experts call a nationwide ‘crisis’ for Native students.”

While the Rosebud Reservation does not yet have access to a virtual schools, many Native American communities do, but overly relying on virtual schools has also at times been called into question.

A 2017 report by the National Indian Education Association notes that due to systemic obstacles, which include transportation issues and chronic teacher shortages, “Online courses can supplement or replace courses within the traditional classroom environment.” The document further notes the possibility of using school vouchers, and other school choice options, to pay for costs associated with virtual school.

However, as reported in The Nation‘s recent investigation of education in Native communities, in fact, Native students are already “disproportionately attend virtual schools.” While this is not necessarily a problem, it is important to note that to date, most Native students attending virtual schools are not necessary attending the very best virtual schools (institutions like Davidson Academy or Stanford Online High School) but rather schools where graduation rates lag well below the national average. As a result, concerns about school quality often remain even when communities gain access to a virtual school.

As reported on eLearning Inside News in late July, well over 200,000 people living in New York State and Maine alone still lack access to reliable broadband Internet. In many more isolated regions, including many parts of the midwest and far north, the percentage of the population without access to high-speed Internet is even higher. In fact, even in 2018, an estimated 24 million people, about 8 percent of the U.S. population, still does not have home access to high-speed Internet service.  When you look at the stats for Native communities, the gap is even larger. A recent Federal Communication Commission report found that 35 percent of Americans living in tribal lands lack broadband access and in some Native American communities, over 80% of the population has yet to gain access to the Internet in their own homes. Given this reality, while virtual schools certainly do hold the potential to help address the chronic discrimination many Native youth face in on-site schools, relying on virtual schools as a one-size-fits-all solution may simply create greater inequities.

Instructure CEO to Step Down; Thoma Bravo Revises Agreement to Tender Offer at $49.00 Per Share 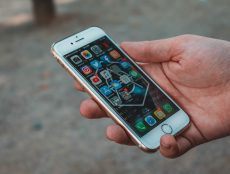 Study Advocates for Technopedagogy: Considerate, Informed Use of Technology in Classroom Assignments 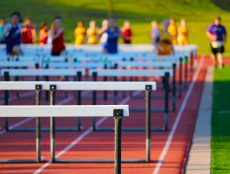 5 Mistakes to Avoid When Applying for Medical School 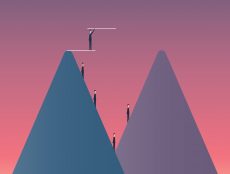