Northpass, a corporate-facing learning management system (LMS) developer announced on April 24 it had secured $4 million in Series A funding from Edison Partners.

It seems today that one doesn’t hear about LMS developers securing funding rounds too often. The sector has been churning since the ‘90s and contains numerous incumbents that appear firmly intrenched and unassailable. What’s more, the pool of emerging users is tiny and growing smaller. Lead capture among LMS providers today comes more often than not from businesses or institutions dissatisfied with their current LMS in search of a better platform. But despite this, corporate LMS provider Northpass took in a $4 million Series A this week.

The company, formerly known as SchoolKeep, has been in operation since 2013. Business operations accelerated in 2018, and the company reported 100% revenue growth. Their clients include Uber, Square, Shopify, Lyft, and AirBnb.

“By aligning learning with business performance, Northpass is setting itself apart from competition,” says Tom Vander Schaaff, General Partner of Edison Partners. “Northpass has a clear vision, relentless work ethic, and a culture built on strong values. We’re proud to partner with Northpass and offer the Edison Edge platform to accelerate their already exponential growth.”

The LMS Is Not Dead

While man have mused about the future (or eventual death) of the LMS and talent development specialist Josh Bersin has declared that “the end of the LMS as we know it is coming,” the situation is hardly cut and dried.

The Wikipedia page dedicated to LMSs begins its History subsection in the 18th century with the birth of correspondence courses. While that may be a moot point to some, it goes to show that someone today might be hard-pressed to come up with a satisfactory definition of ‘learning management system.’

The LMS brand has also grown slightly dusty. That is hardly surprising considering they emerged in the era that saw the rise of the PDA and the flight from mainframe to personal computer.

Today, many LMS providers instead brand their products as ‘learning ecosystems’ or ‘customizable white-label SaaS platforms.’

At the end of the day, however, most still deliver instructional content, allow for communication (via a forum or even videoconferencing), track performance and module completion, and provide analytics.

Have LMSs changed since they first emerged in the mid-1990s? Absolutely. But despite the inclusion of more involved multimedia content hosting, the migration from in-house to cloud servers, increased cybersecurity measures, and expanded analytics reports, the LMS soul remains intact.

Northpass’s Series A funding round underscores this point. LMSs continue to be relevant and necessary in the world of corporate training. There are still improvements, updates, and value propositions to be made. 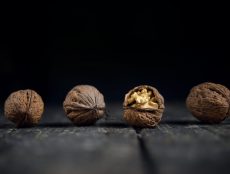 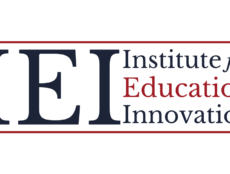