Since emerging in the early 2010s, coding bootcamps and other fast-paced alternatives to undergraduate degrees have typically placed their focus on the coasts. The Indianapolis-based Kenzie Academy, however, believes there’s just as much talent to be developed in the American heartland. On September 30, the company announced they had closed a Series A funding round worth $7.8 million.

ReThink Education led the round and was joined by Kelly Services, Flat World Partners, Strada, LearnStart, Peak State Ventures, and the Rise of the Rest Seed Fund offered by Revolution.

“Right now, 75 percent of venture capital is concentrated in three states: California, New York, and Massachusetts,” said Steve Case, Chairman and CEO of Revolution, according to a release. “Kenzie Academy is not only demonstrating that exciting innovations can start and scale outside of Silicon Valley, but that a lot of talent exists outside of the coastal tech corridors to fuel the growth of startup ecosystems in the middle of the country.”

Many have seen non-traditional coding bootcamp education as a means to revitalize regions of the U.S. Listen to eLearning Inside’s Code Burst to learn about a workforce training program in Pennsylvania and West Virginia that promised big and failed to deliver.

The lates Series A brings Kenzie Academy to $13.6 million in total funding, according to Crunchbase. The bootcamp has raised three seed rounds prior to the latest, one of which was led by ReThink. Kelly Services participated in one as well, as did Butler University, which is also located in Indianapolis.

Beginning in June, 2018, Butler announced a partnership with Kenzie Academy in which graduates of the program also receive a Butler Executive Education certificate.

Courses run Monday to Friday from 9:00 AM to 5:00 PM EST, but Kenzie Academy allows for students to leave off at 3:00 PM to work or fulfill family obligations.

Learners Have Flexible Schedules and Payment Options, Including an ISA

The remote courses occur synchronously and with active participation with the in-person cohort. The company says that remote students from 40 different states have already moved through the program.

The non-traditional trainer asks students display sufficient attitude and aptitude before admitting them to the program to ensure their learners’ success. The full year program costs $24,000, and students have the ability to pay up front, via installments, or with an income share agreement. The ISA commits students to paying 13% of their annual earnings for four years following completion of the program, provided they earn $40,000 or more.

“There is a massive amount of untapped tech talent outside of Silicon Valley and NYC,” said Kenzie Academy CEO and Co-founder Chok Ooi, in a statement. “Kenzie is identifying this talent to fill the millions of jobs available, training workforce-ready skills and connecting students almost immediately with top employers.” 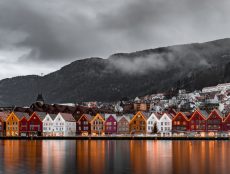 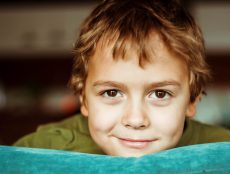