Webinars might be the most flexible and diverse form of online learning available today. They can serve as a technical how-to, a marketing vehicle, a networking function, a way to keep learners up to date, or more. To learners, webinars might range from an exciting learning opportunity to an annoying pill to swallow. So – what does the research say?

Two researchers from the Deggendorf Institute of Technology—Professor Andreas Gegenfurtner and master’s candidate Christian Ebner—recently conducted a meta analysis of existing research on webinars. They wanted to know how learning via webinar compared to face-to-face and asynchronous online courses, both for learning outcomes and student satisfaction. Their work was published on September 3 in Frontiers in Education.

Webinars have not been widely studied with rigorous methods. The researchers set out to identify articles that they could use to compile learning data about the modality. Their criteria went as follows: studies needed to measure learning outcomes and satisfaction, and state their sample size, mean, and standard deviation. Or, at least they needed to be able to determine those from the data presented. They looked at everything from peer-reviewed journals, monograms, unpublished dissertations, conference reports, and book chapters.

After all was said and done, the researchers found just five articles that hit the mark.

How Do Webinars Compare to Asynchronous Online and Face-to-Face Learning?

The researchers then ran a statistical analysis to compile the data. They were able to compare data from webinars with face-to-face and online asynchronous learning.

Their analysis revealed such small differences between learning outcomes and satisfaction between the modalities that they were almost not statistically significant.

“In terms of effectiveness with regard to student satisfaction,” the authors write, “traditional face-to-face learning seemed to have the strongest impact, followed by webinar instruction. Again, the asynchronous learning environment was inferior—if only marginally—to synchronous webinars.”

But again, these differences were very slight. The authors conclude, writing, “As the three compared learning modalities were all roughly equal in their outcome (learning and satisfaction), the use of each one of them may be justified without greater concern for major negative downsides.”

In other words, the effects of each were so similar, one should go with whichever is most convenient. But these findings come with a caveat.

There was one main limitation with this study: sample size. There were only five studies that made the grade and, collectively, they compiled results from just 381 learners total. On average, just 37 students went through the webinar tested in each study.

It’s clear that more information might benefit those contemplating putting webinars to work.

Also, these webinars were often focused on the medical field. It appears that none were used as marketing vehicles. Even less, therefore, is known about webinars in the business sphere. While there’s no shortage of blog posts or thought leader-style articles on the subject, this literature does not exactly present vetted data.

It does appear that webinars have the ability to hold their own in terms of learner engagement compared to other media. But much is still unknown about these short, informative webcasts. 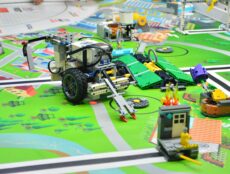 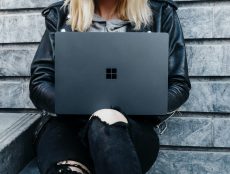 Boosted by the Pandemic, MOOCs Are Here to Stay. How Can We Improve Them? 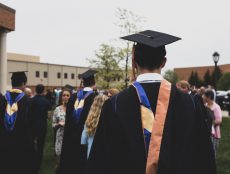