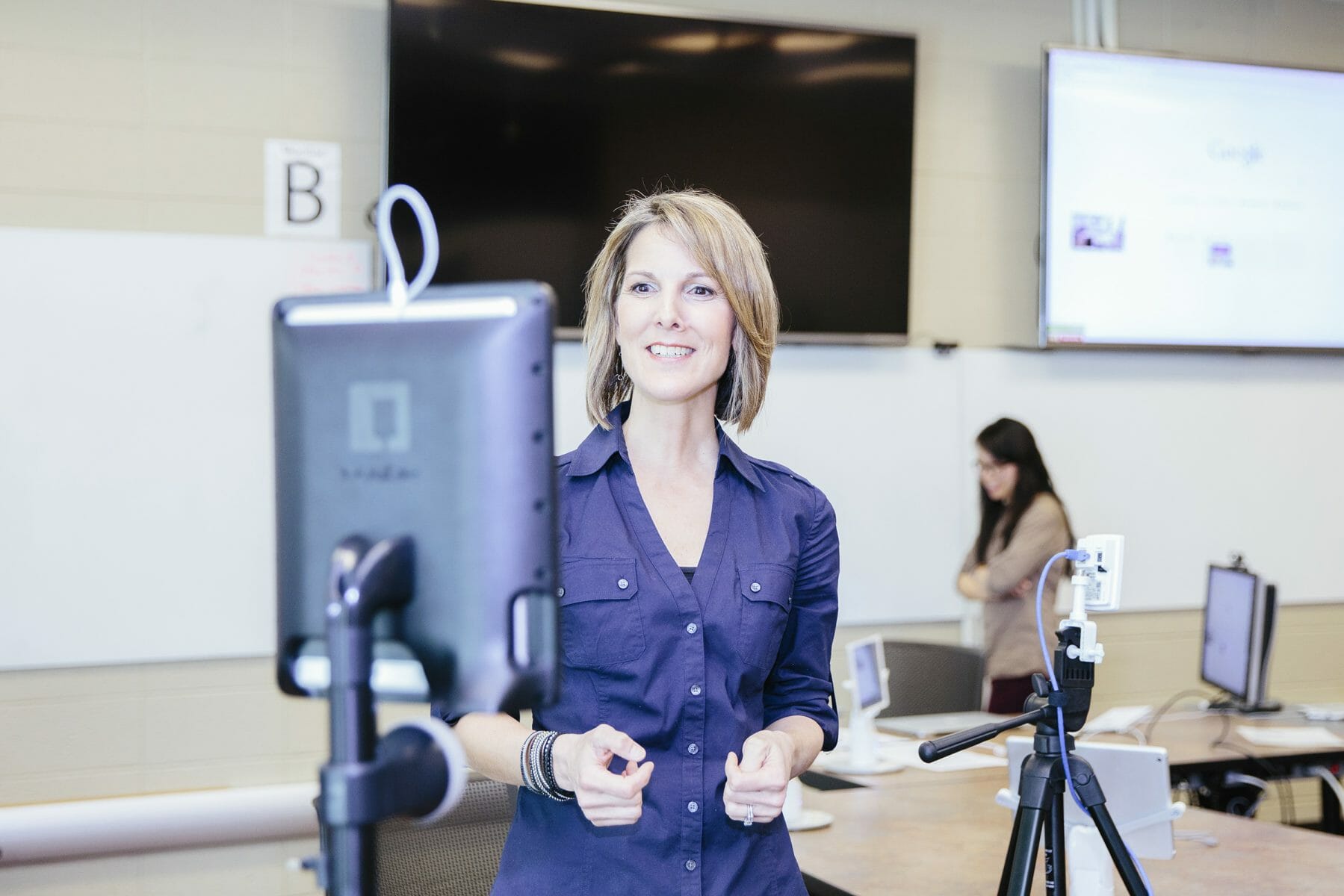 Like many higher education institutions, Michigan State University offers a wide array of online programs. But unlike most other online universities, some programs involve robots.

Here’s how it works: online and in-person students gather in the same classroom. Self-balancing robots mounted with computers roll around the room, displaying the face of one remote student. Each remote student streams in and controls one robot, which allows them to literally and figuratively take a seat at the table.

The initiative is an effort of the Design Studio of MSU’s School of Education. A recent study authored by John Bell—Director of the Design Studio—found that the use of robots significantly affected how students learn. It made them feel like they were in the room and part of a class.

“I teach graduate courses where the primary pedagogy is discussion-based,” Greenhow continued. “When you’re in a discussion with some people in the room and others streaming in, you have these faces on the screen and you’re trying to talk to someone, look at their face, look at the camera, and look at other people in the room. You can’t have the same interpersonal experience.”

Before Robots, MSU Used a Unique Form of Blended Learning

MSU has spent years thinking about how to improve their online course offerings. While many universities approach online learning as a separate program altogether, MSU has taken a different approach. In 2015, they integrated their education psychology and education technology doctoral programs into single, hybrid, synchronous models.

Using video conferencing software like Skype or Zoom, they began the process of bringing all their students together in a single blended environment. The initiative began with fixed computers in the classroom. Now, with the use of self-balancing robots, students can be even more present.

According to Professor Greenhow, there were several reasons for this move.

“One, research on online learning suggests how important peer-to-peer and student-to-instructor interaction is in keeping students engaged. When you don’t create a sense of belonging, drop-out rates are higher, and students don’t perform as well.”

“We also wanted people who were working full-time to bring their real world experience into the classroom – having those different perspectives would make all of us better.”

In Greenhow’s experience, implementing robotics into the classroom has benefited in-person students—not to mention herself—just as much as they help online students.

While Greenhow had help from tech specialists from the Design Studio, the initiative did not come without its challenges.

“The place where I felt like a fish out of water was using the full range of the robots’ features. You can do all kinds of things with them, like zoom in or out, adjust the volume, move around the room, etc. I never really modeled that; it’s almost like putting on an Ironman suit and just going.”

“Sometimes when people could turn their head screen, they did it. That makes sense. If you were sitting at a table with someone, it would be rude to not look at them.”

Greenhow believes that the robotics initiative is the first of its kind. She and Benjamin Gleason, an assistant professor at Iowa State University, have published their findings in Online Learning.

Already, the School of Design has brought the technology to new environments, such as other school events and research teams. Researchers working on the same project can more easily meet and interact with the use of the technology.