Just under a year after its Series A, the language tutoring platform Preply has raised another funding round. It announced its $35 million Series B on March 9, bringing the company’s total funding raised to just over $50 million. Preply says that, during 2020, it saw its gross revenue increase by 400%.

Preply operates by providing a marketplace and platform through which language learners can connect with tutors and native speakers. Learners go to the platform to study a new language for a variety of reasons—school, pleasure, business, and among other motivations, connecting with their roots. Tutors, in turn, curate their profile, set their own hourly rate, and market themselves. Preply takes a commission of each lesson taught.

The company first launched in Kyiv in 2013, serving a largely European market. But today, its largest market is the U.S. American learners account for nearly 30% of the company’s revenue. Americans also make up a large portion of its tutors.

Just 20% of American adults are fluent in a second language. But Preply CMO Filippo Gallignani says that this broad average obscures the country’s diversity.

“In the U.S., you have lots of different people with different motivations for learning a second language,” he said. “A good chunk have recently relocated to the country. They’re coming from different cultural backgrounds and they need to improve their English for a number of different reasons. But we’re also seeing that a lot of people who were born in the U.S. want to connect back and learn the language of their ancestors. In Europe, language learning is much more professionally driven.”

The company says that niche languages–like Catalan, Tibetan, and Lithuanian–form a good part of its recent growth.

Preply has plans typical of other companies following funding rounds. It will open new offices in other countries (the company maintains primary offices in Kyiv and Barcelona, but has a presence in numerous other locations as well). Its team is currently 250 strong, and the company plans to double this number in the short-term.

Gallignani also stresses that a significant priority for the company remains ensuring the quality of its services. “Just matching a student with the right tutor is, in itself, a feature that requires a lot of love and attention,” he said.

More than 40,000 tutors currently teach via Preply. The company uses an ever-evolving machine learning system to make sure that new students can pick from the right selection of tutors. Availability, cost, and previous success are important factors. “But then, on top of that, there is also the user experience,” Gallignani said. “If I’m a native English speaker and want to learn Lithuanian, I need to be able to connect with a Lithuanian tutor who also speaks English.”

The company also plans to invest greater resources in curriculum development. It will also begin expanding its enterprise offerings.

Gallignani, who joined Preply from Delivery Hero last fall, says that businesses are seeing increasing value in remote education because it can continue despite other disruptions. “I was living in Germany and learning German,” he said. “When the pandemic started, everything stopped when it came to language learning. Having a platform like Preply could prevent that from happening. It also gives professionals greater flexibility with their schedule. We see a lot of opportunity there.” 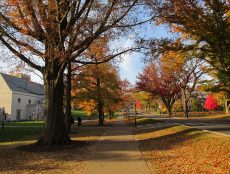 Seven Ways to Use Technol...

Wacom Is Making the Case...

Boosted by the Pandemic...