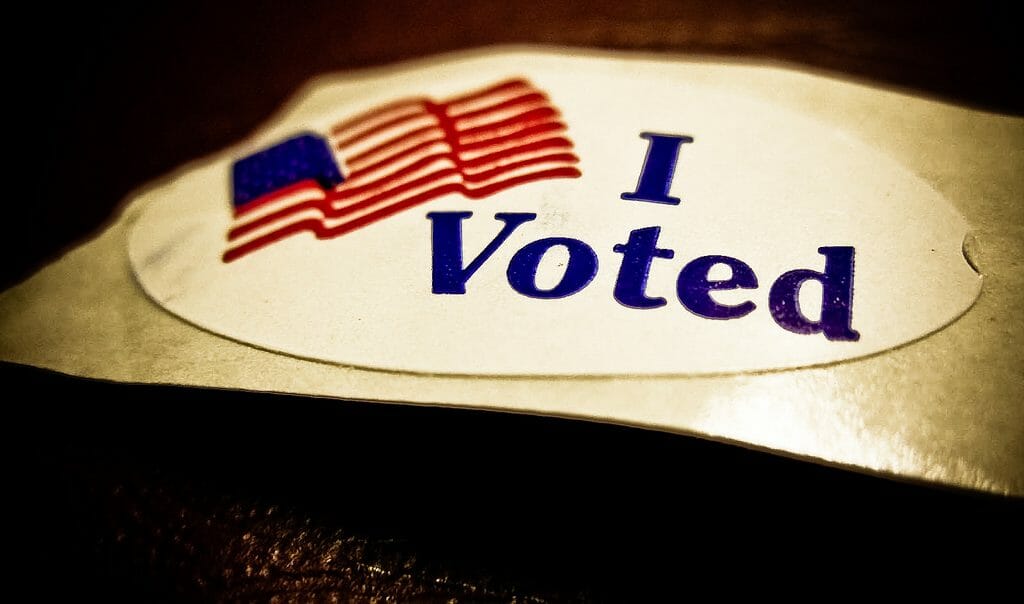 In Run Up to Midterms, School Shootings Are the Biggest Concern for Young Voters, Poll Finds

The 2018 midterm elections are just two weeks away. While various individuals and groups are looking to the ballots as a referendum on President Trump, a chance for the Democrats to win back the House, or an opportunity to #walkaway, one group remains focused on a specific issue: education. A recent study found that, among young Americans aged 14-29, school shootings and access to higher education are taking the #1 and #2 spots respectively in terms of most important issues considered at the polls.

The study was conducted by a team led by John Della Volpe, Director of Polling at the Harvard Kennedy School Institute of Politics and CEO of SocialSphere. The team began in June with a series of focus groups and town halls conducted in Atlanta, Los Angeles, and Columbus. In September, the team surveyed a second round of 2,235 individuals.

School Shootings Form a Primary Concern for 2/3 of Respondents

Participants were asked to rank a range of issues on a scale between 1 and 7, with 7 being most important. Of respondents, 68% ranked school shootings a 6 or a 7. Close behind, 64% placed emphasis on access to higher education.

“While talk of school shootings may have quieted in the media, this Columbine Generation—who has grown up facing the threat of school shootings every day—has been traumatized and remains energized unlike any time since September 11th,” said Della Volpe in a statement.”

Among both young and old Americans, expanded gun control remains a popular issue. The survey found 70% or respondents favored it.

The study also found, “Among gun owners over the age of 18, there is a two to one margin of support for stricter gun laws: 47 percent (47%) support stricter laws, 22 percent (22%) are in favor of less strict laws and 31 percent (31%) believe current gun laws should remain as they are.”

According to a new Center for Homeland Defense and Security database, 2018 has already proven a record year for school shootings. 83 incidents have been reported so far, which have resulted in 52 deaths.

While many Democrats have begun to voice support for expanded gun control, GOP candidates remain staunchly against the measure or have sought to respond with other answers.

Increasingly, many conservative lawmakers have begun to look to tech for tools to increase safety and mitigate the risk of school shootings.

U.S. Rep. Pete Sessions of Texas, for example, in September endorsed Deep North, a company that developed AI tools for retail security. The company is now applying that to school safety.

“AI represents one of the few viable ways to make schools safe, and does it in a way that is more affordable than any other,” said U.S. Rep. Pete Sessions of Texas in a statement. “Using this technology we can tell before the first shot is fired that there is a problem, and that has to be the goal.”

There are just two issues with tapping tech to advance school safety. For one, it’s expensive. The Lockport City School District in New York recently purchased an array of cameras equipped with facial recognition software for $1.4 million.

But more concerning, there isn’t much evidence these solutions work. A recent Associated Press investigation into the matter looked at two 2016 reports ordered by the Justice Department. They found, “there’s no independent research supporting claims that much of the high-tech hardware and gadgets schools are buying will save lives.”

“If we’re just expecting technology to solve all these problems, I think we’re going to fall short,” Ronald Stephens, executive director of the National School Safety Center, told the AP. “And we may not like the climate we create.”

It remains to be seen, however, whether the current generation of school-going American voters will identify this issue at the ballots.

“An older generation would not understand walking into a classroom […] and thinking ‘this could be a really easy room for someone to shoot up,’ Della Volpe said. “The same daily weight on an adults’ shoulders such as bills, and taxes is what children feel about living or dying.”