Over the past month, smart monitors and devices have continued to make headlines in high-profile lawsuits about personal privacy and bans of specific devices. While much of the news has been negative, there is a potential silver lining. eLearning when monitors watch back holds the potential to create more responsive and effective learning environments. The challenge facing instructional designers is how to harness the potential of monitors that watch back without compromising personal privacy.

How and Why Monitors and Devices Watch Back 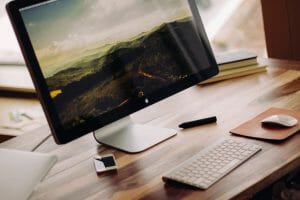 First, in early February, Vizio, one of the largest Internet-connected television providers, agreed to pay $2.2 million to settle a lawsuit that alleged it had been collecting and selling data about viewers without their knowledge or consent. Vizio wasn’t just watching to see how long viewers stayed on a single channel, using the IP address attached to all devices in the home, they were also analyzing whether or not viewers hopped online to explore a product after viewing an advertisement for the product. This data was then sold back to specific companies.  Then, last week, German officials announced that they were taking Cayla, a talking doll, off the market after the nation’s Federal Network Agency determined that hackers were using the doll to steal personal data by recording private conversations in people’s home over an insecure Bluetooth connection.  Only days after Cayla went silent in Germany, the New York Times ran a front page story about TVision, which tracks people’s eye movements as they watch television with the aim of gathering a more accurate understanding of how people engage with programs and advertisements.  Notably, it’s not just televisions and dolls that have the capacity to watch back now. Many smart phones, including Android devices, are also already equipped to “look” at their users and analyze their engagements.

eLearning when Monitors Watch Back Could Increase Training Impacts

Understandably, the idea of being watched doesn’t sit well with most people. Indeed, for many of us, the first thing that comes to mind the dystopian world depicted in the novel, 1984.  Of course, there are reasons to proceed with caution. As screens increasingly are designed to watch back, we should be asking serious questions about privacy.  That said, there are some instances in which smart screens can increase training impacts. 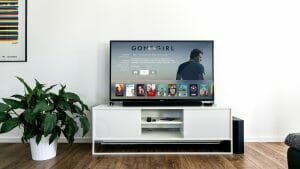 As an example, consider the complex task of training pilots. For many years, the airline industry has been a leader in virtual training.  By simulating flight conditions, the industry can turn out pilots who are better prepared to tackle real life situations but they can do so at a lower cost and lower risk.  A simulator that watches pilots in training would further enhance pilot training on several levels. Pilots need to have their eyes on multiple fields of vision and information channels at all times in order to safely navigate planes through shared air space.   A screen that watches back can give pilots in training real-time advice on whether or not they are paying attention to the right information at the right time.  Air traffic controllers in training could also benefit from real-time feedback on how they are scanning the information on the various screens with which they are expected to engage.

It is also worth considering the potential uses of eLearning when monitors watch back in a classroom setting.  Moving forward, literacy will increasingly be defined by one’s ability to not only read but read and manage large amounts of information simultaneously. Children could be taught to read not only single units (words) but entire fields of data more effectively with real-time feedback from monitors. Consider a child with a specific learning disability that has not yet been detected. By analyzing when the child slows down (e.g., at what words or word sequences), one could more easily identify a potential learning disability and offer real-time feedback to the child.

The bottom line is that in terms of training and education, eLearning, when monitors watch back, offers two potential benefits: metrics and real-time feedback. In short, smart monitors could make training more responsive to learners’ needs and more effective. Until we find a way to ensure that personal information will not be hacked in the process, however, most instructional designers are proceeding with caution. The goal, after all, is to build learning environments that can respond to learners’ needs even more quickly and effectively than humans without exposing trainees and students to unnecessary levels of surveillance.  What is clear is that moving forward, our screens will increasingly play a key role in providing feedback and even determining how and what we learn in both training and K-12 and higher education environments. 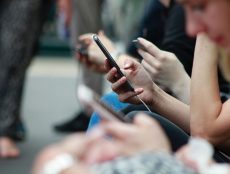 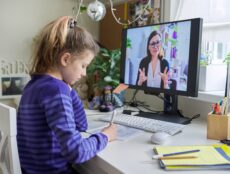