When most people think about eLearning, they think about the young. In actual fact, however, there is evidence that eLearning holds great potential to transform older adults’ lives and to even have far-reaching health benefits. This is because retirees not only have much to gain from taking courses online but also from teaching them and serving as online course mentors.

To appreciate why the link between eLearning and the elderly matters one need only consider the numbers. According to data published by the United Nations in World Population Prospects: the 2017 Revision, older persons (those aged 60 years or over) are expected to more than double by 2050 and to more than triple by 2100. Indeed, in nations around the world, older people are the fastest growing segment of the population.  The number of people 60 years of age and older is expected to rise from 962 million globally in 2017 to 2.1 billion in 2050 and 3.1 billion in 2100.

eLearning Enables Older Adults to Give Back to their Professions 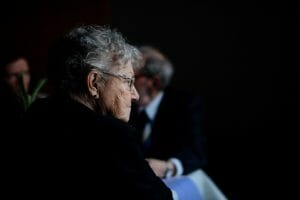 In a recent post on the Association of Talent Development blog, Annabelle Reitman observed, “Mature workers—generally defined as workers over age 50 to 55—have experience and skills developed and sharpened from many years of being employed. Retaining talented mature workers—and recruiting new ones—is simply good business for most organizations.” Reitman adds, “A survey conducted in 2013 by AARP discovered that more than a quarter of U.S. adults ages 45 to 74 want to work part time for the enjoyment of it, with nearly as many for the income.” Of course, not all workers, especially not those in their late 60s to mid 70s want to be on site everyday. With eLearning, organizations can put older workers in key training roles without requiring them to necessarily work on-site on a daily basis. By doing this, they are maximizing the potential of older employees.

However, other recent studies suggest that the elderly may also be able to play a key role in supporting other types of online course development. In one study, Tharindu Rekha Liyanagunawardena and colleagues concluded, “Course providers could use the expertise/experience of elderly learners in other ways; for example, giving elderly learners the opportunity to co-create community courses by providing an open space for discussions and collaborations.” 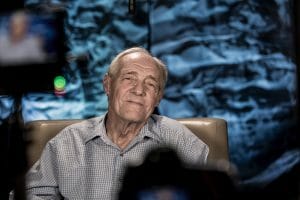 A 2017 study by Tatiana G. Bekisheva, Natalia A. Kovalenko, and Gayane A. Gasparyan found that eLearning can have positive socio-emotional impacts: “Lifelong education enables older people to gain self-confidence, show their creativity, and share their skills and experience. And this is certainly valuable. Adult Education in the retirement age is not intended on obtaining profession and future employment. Here an important role is played by the moral support of people who have reached the retirement age, reducing the risk of social exclusion of older adults in society, achieving mutual understanding between the generations.” They add, “E-learning for older adults is a prerequisite for lifelong education, regardless of their physical condition and place of residence.”

eLearning has also been shown to support older adults’ social connections in key ways. In a 2017 study by Tharindu Rekha Liyanagunawardena and colleagues found, “Research on Internet use and loneliness in older adults has shown promise for the use of online communication to tackle loneliness.”

Perhaps one of the most compelling reasons to embrace eLearning for older adults is related to the potential cognitive benefits. There is already a growing body of research that suggests that older adults who play video games are less likely to experience memory loss.  A recent study by UCSD researcher, Elizabeth M. Zelinski, for example, emphasizes, “There is great potential for digital action games originally developed for the entertainment of young adults to produce cognitive benefits in older adults.” Zelinski also observes, “Games are relatively inexpensive, without the side effects of medications. In addition, games are inherently enjoyable, and may yield greater compliance than other kinds of beneficial interventions because they are fun.” Zelinski, to be clear, is only one of the many researchers currently researching the neuroscience of games and their impact on older adults.

While the impact of eLearning on older adults’ cognitive abilities is yet to be fully explored, there is optimism that elearning, like gaming, may hold cognitive benefits. Combined with the already established social and professional benefits of eLearning, there is hope that eLearning will play an increasingly important role in older people’s lives over the coming decades.